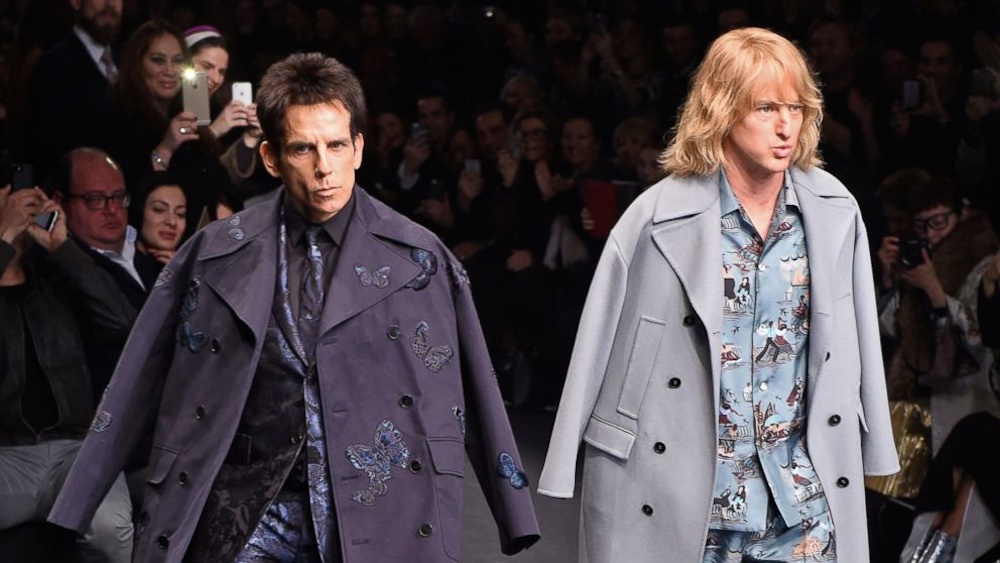 Almost fifteen years after the original, Zoolander is back for a sequel.

What better place to announce the sequel to a notorious comedy about the ridiculous world of male modelling than Paris Fashion Week?

We’re not sure that there is anywhere to be honest, so it’s no surprise that Ben Stiller and Owen Wilson took to the catwalk to close off the Valentino collection earlier today and announce that Zoolander 2 would be released on February 12th 2016. It wasn’t a huge surprise as Will Ferrell had already revealed that he would be back as Mugatu in it, but it’s still a pretty surprising and unique way to bring it to the masses.

Even more surprisingly, it was announced that Justin Theroux would be writing and directing it – he’s Jennifer Aniston’s husband to be in case you didn’t know, and is probably most famous for being in a couple of David Lynch movies and The Leftovers. I had no idea he could write or direct as well, but maybe that’s what Jen sees in him.

You can check out a clip from Paris Fashion Week below as you count down the days until February 12th. That’s a lot of time to practice Blue Steel in the mirror, so don’t worry.