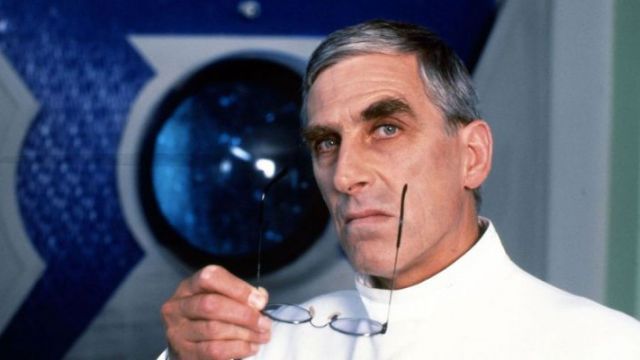 If you grew up in the 90s then you almost certainly watched CBBC’s The Demon Headmaster as it was one of the creepiest and most compelling shows out there – and you also only had the choice of an hour of programmes on two different channels every day, so it was gonna be a dead cert when it was up against Art Attack on ITV or something.

Turns out that the people now running the BBC haven’t forgotten about the success of the show either as they’ve announced a sequel to the show that will show the notorious Headmaster returning to take over another school. 81 year old actor Terrence Hardiman will return as well, with original series author Gillian Cross behind the pen too.

Here’s what Hardiman said about reprising such an iconic role:

I have very happy memories of working on The Demon Headmaster. And what fun to play such a megalomaniac!

[Fans’] most frequent question was, ‘How did you do that with your eyes?’ I wonder how a new generation will react.

Who knows and to be honest I doubt I’m going to find out as I don’t have any friends/kids in that age bracket and I doubt I’ll be tuning in myself. Might be a fun one to watch with your kids though if they’re old enough. Remember, it’s probably gonna be pretty frightening.

For more of the same, remember Are You Afraid Of The Dark? Now there was a show.