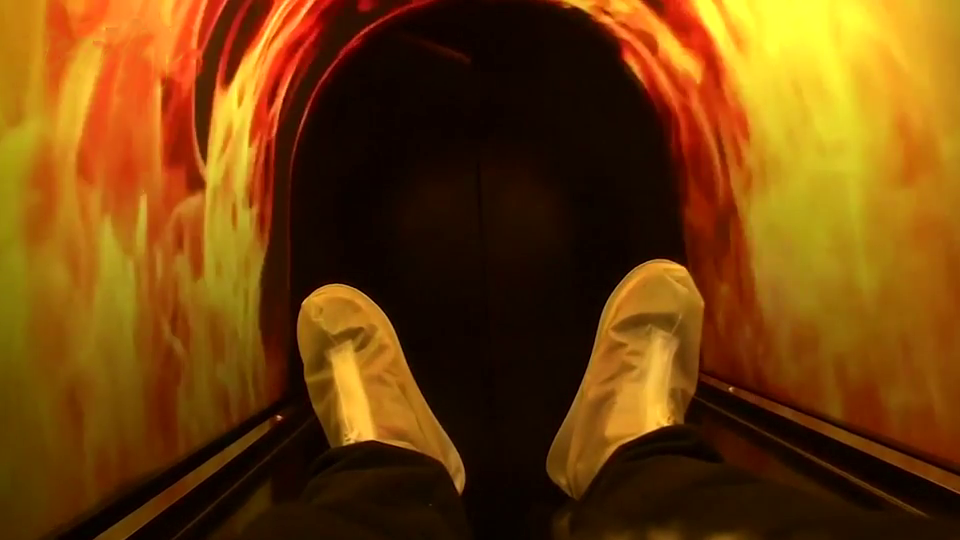 Ever wonder what it’s like to die? Now you know.

A 4D death simulator has opened in Shanghai, China that will allow you to experience what it will be like to die and be cremated. Great!

The Samadhi Death Simulator is designed to stop people from being scared of death and involves you lying down on a conveyor belt and being rolled into a ‘giant oven’ where you ‘die’. You’re then ‘reborn’ through a latex womb into a ball pit. Quirky.

Here’s a video that explains more about the experience than my words ever could:

Hmm, that debate about who should live and die kind of looks like a bunch of people sitting around staring at their phones. And the ball pit really is pathetic. Despite the claims of that journalist that it’s ‘very worthwhile’ and that participants will ‘experience a change in their mentality’ following their time on the ride, I think it looks pretty shit to be honest. Who the hell wants to know what it feels like to die? It can’t feel that good as nobody has ever done it twice (sorry) and at £47 a pop there’s no way I’m getting involved. Two thumbs down.

If you want to hear about an attraction that might actually be worth visiting (but probably isn’t) check out this ball pit bar in San Francisco as well.