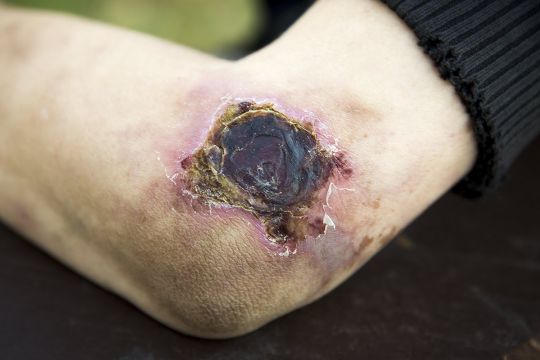 A couple of years ago I remember writing about a horrible new drug called Krokodil that literally rotted your flesh the more you took it. It had started off in Russia and spread to the United States at that point, but now sadly it looks like it’s affecting the UK.

Gloucester Live is reporting that there have been several reports that Krokodil has arrived in the area, with the most recent coming from a barrister who said that his client was too ill to attend court because of horrific open sores all over her body. Grim. A police spokesman later confirmed that it has been spotted in the area.

In case you’re wondering why people are doing Krokodil when it leaves their bodies like this, then I’ll tell you because that is a very valid question. The drug is a cheap version of heroin, so obviously it’s price appeals to heroin addicts even if it leaves their bodies looking like the pictures in this article. This is caused by some of the chemicals that are added during the cooking process including sometimes paint thinner and phosphorous from matches. Rank. 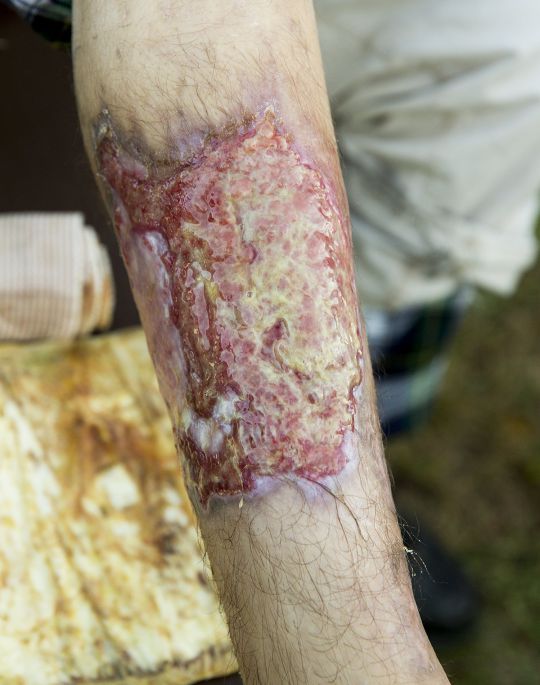 A person becomes a zombie with their body rotting, the rancid smell of which is detected a few steps away.

Grim. Unfortunately, it’s well known that addicts will do anything for that next hit and this seems sadly to be the case when they know they’ll be injecting paint thinner into their veins too. Awful.

For more Krokodil, check out this story about a girl who shot Krokodil into her vagina. Guess how that ended up.