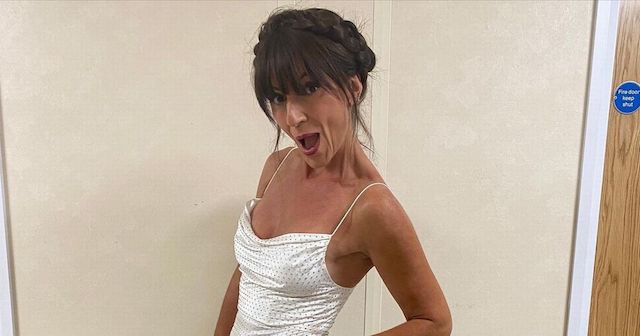 It seems like no matter what level of fame you’re at, whenever you post something on the internet or do anything then there are going to be thousands of online trolls just waiting there to take a shot at you and Davina McCall was on the end of this yet again over the weekend after wearing a polka dot gown with spaghetti straps and a side split on ‘The Masked Singer’ over the weekend.

Naturally, it was only a matter of time before someone had a go at her for wearing such clothes, with one woman deciding to write her a particularly salty tweet saying she was too old for such an outfit and so Davina decided to reply and totally rinse her, not that she really needed to because everyone should be allowed to wear whatever they want without judgment from some twat on the internet:

Right on. Almost everyone in the replies was on Davina’s side as well and Sue has been strangely quiet, although she hasn’t deleted her Twitter account like some people probably would have in this situation. Find it really weird that other older women would spend their time calling out people of a similar age for what they were wearing as they probably know what it’s like as well to be subject to such abuse, but I guess that isn’t the case. Sisters doing it for themselves I guess.

For more of the same, check out Wanda Icardi destroying a slut shaming troll with a very novel answer. Iconic.