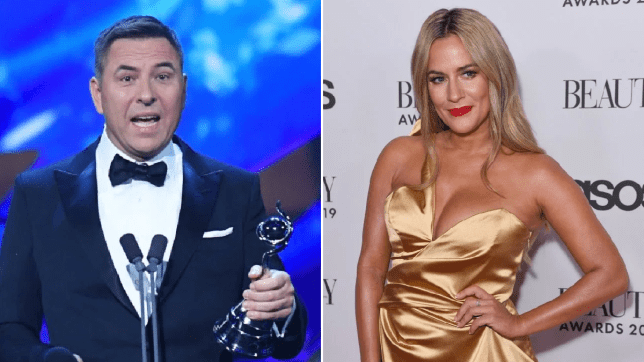 The country is still reeling from the tragic death of Caroline Flack over the weekend, who seemingly committed suicide after she was relentlessly trolled by pretty much everyone in the country following an incident with her boyfriend Lewis Burton where she allegedly smashed a light over his head whilst he was asleep.

Whilst many media outlets have been blamed for her death, one man who is getting it more than anyone else on Twitter right now is comedian David Walliams, who made a joke about her at the National Television Awards last week. When The Hedgehog from The Masked Singer appeared on the screen, he said ‘It’s so nice to see Caroline Flack back on TV’, which at the time probably wasn’t even that insensitive, even if it’s not that funny. It was roundly booed by the audience at the show at least.

Anyway, here’s a few of the tweets that have been aimed at Walliams in the past 48 hours:

Let’s see if David Walliams has anything to say now. RIP Caroline Flack

Shame David Walliams, made her the Butt of his joke at the #ntaawards and others celebs in audience laughed. Shame they didn’t support her then. #kickedwhilstdown so much for celeb solidarity.

This “Joke” @davidwalliams said no longer looks like a joke does it… Didn’t agree with Caroline’s actions but for someone to think death is the only option is heartbreaking pic.twitter.com/rB3SgNziHX

Bet David Walliams is feeling a bit of a tit right now.

@davidwalliams you have blood on your hands – simple as that, hope you’re proud of yourself – you personally make me sick

@davidwalliams very quiet since @carolineflack1 death!!!anything to say about the joke you made???oh it’s too late!!! Using anyone you can to get a laugh, you should be ashamed of yourself!!!#ripcarolineflack

@davidwalliams hope your proud of yourself???

@davidwalliams Just seen your Caroline Flack ‘joke’ at the NTA’s. Trying to get a cheap laugh from someone else’s pain is so low. Learn from this. Before you open your mouth think. Will my mum be proud of me for saying this x

Can’t believe how selfish @davidwalliams really is! He apparently is more upset that people didn’t think he was a good host for the NTA’s rather than how his comments about @carolineflack1 most probably contributed to her death #ShameOnYou #Getoffmyscreen

Yeah I mean this seems like the most nonsensical way to deal with this happening ever? I imagine Walliams is feeling pretty terrible that a joke he made may have contributed to Flack’s death, but by making him the scapegoat and trolling him surely everyone is just doing exactly what they were doing to Caroline that tipped her over the edge and drove her to suicide? Hasn’t anyone learned anything from this?

Completely peak Twitter but I suppose that’s what you come to expect in 2020 sadly. RIP Caroline Flack and let’s hope we aren’t writing an article about David Walliams’ untimely death anytime soon either.

For more of the same, check out Walliams saying that ‘Little Britain’ will be returning soon. Took its time.