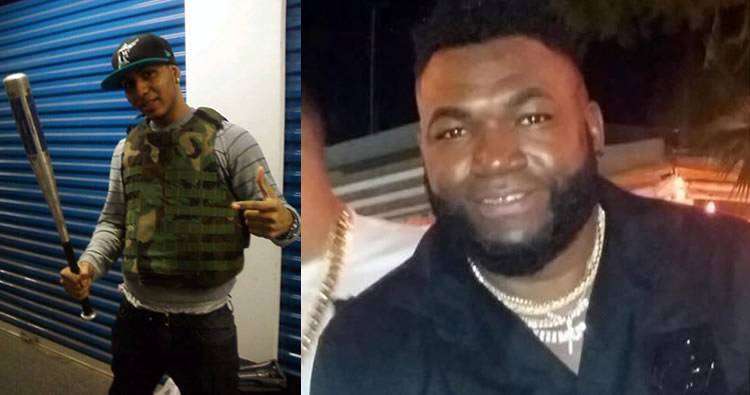 I don’t expect many people who visit Sick Chirpse follow Major League Baseball, but there’s a big story in the US right now concerning former MLB hitter David Ortiz, who was shot in a botched assassination attempt in his native Dominican Republic the other day.

David Ortiz AKA Big Papi was apparently having an affair with the wife of a big time Dominican drug lord and was warned that there was a price on his head.

Here’s footage of the attempted assassination – Ortiz is the big guy at the top of the screen who gets shot in the back. Not the best quality but sensitive content obviously:

Thankfully Ortiz made it to hospital and looks like he’s going to pull through. Bad news for the guy who shot him though – the locals chased him down, caught him and put an absolute beatdown on him before the police arrived (who probably gave him even more beats):

This is the shit Brain that shot David Ortiz in the Dominican Republic in an attempt Robbery. What a scum 🤬🤬 pic.twitter.com/ckJUbFFPYB

And here he is in police custody afterwards:

Welp, that’s what you get for shooting one of the most famous and popular Dominicans in the country’s history. It’s about as stupid as someone trying to murder David Attenborough in England – if the police don’t get you, anyone who’s ever watched Planet Earth will.  Here’s hoping Ortiz is back up on his feet and enjoying his retirement again ASAP.

For the time someone tried (and failed) to assassinate Nigel Farage, click HERE.