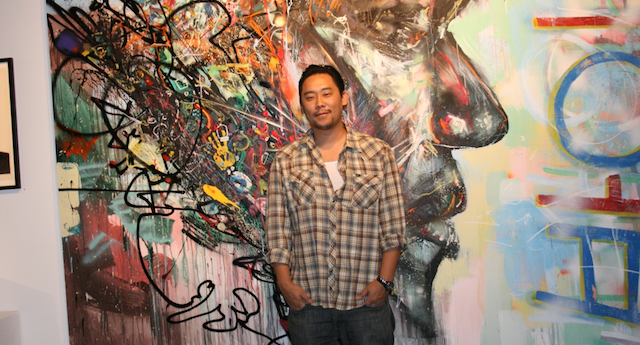 David Choe is the guy who spray painted the first Facebook office and took shares instead of cash. Turns out he lives his life in the same precarious style.

David Choe is one of the ultimate gamblers in the world. This can be illustrated by the fact that when he was approached by Sean Parker (Napster founder) to spray paint the first Facebook offices, he decided to get paid in company shares rather than cash money. Boom – a couple of years later he’d made $200,000,000+. Killer.

It turns out he lives his life in the exact same style, as he talks about it during this interview on the dvdasa podcast. Here he tells a story about getting private jets, losing 16 million dollars, having sex with over 50 hookers after wearing a lobster on his dick (!?!?) and basically having a sick party life. Until he has a heart attack that is. Life, huh?