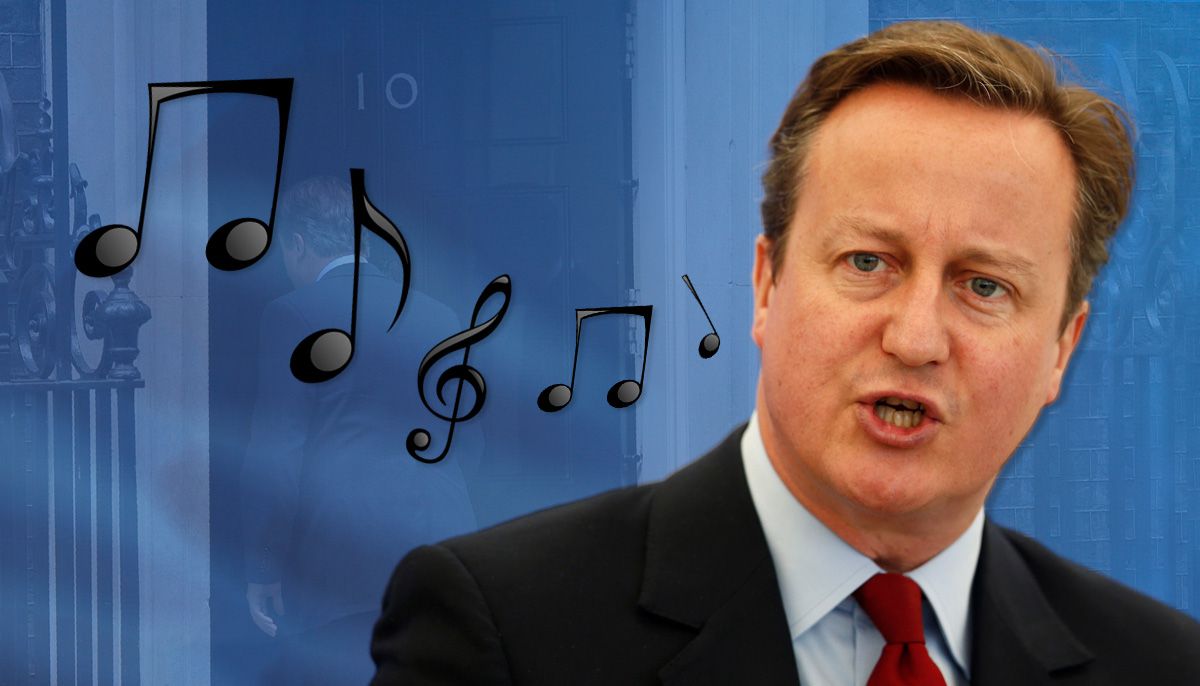 That’s what you get for forgetting to turn your mic off.

You probably saw David Cameron yesterday performing his last press conference as Prime Minister outside 10 Downing Street, announcing that Theresa May would take over from him on Wednesday. You probably also heard him leave his mic on and start humming a weird tune as he went back into his residence.

It hasn’t taken long but some joker named Chris Hollis has decided to remix this humming into what he’s calling ‘The Evil Tory Theme Song’ and to be fair to the guy, he’s done a sterling job. It kind of sounds like the music you would encounter in ‘Star Wars’ when the Empire were preparing for a big strike on the good guys, which can be fairly easily likened to the current actions of the incumbent Tory party:

There you have it. The perfect way to currently sum up the political situation in the country right there and then. I wonder if Theresa May will be coming out of Downing Street to this music on Wednesday. They may as well just go the whole hog and become a full on evil empire with their own sinister theme music, right?

For more ridiculousness involving David Cameron – which I suppose we might reluctantly say that we’re going to miss in the foreseeable future – here’s that picture of him eating a hot dog with a knife and fork again.