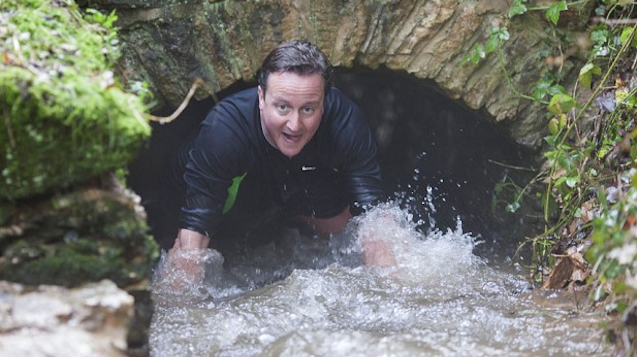 It has been revealed in the political diaries of journalist Alan Cochrane that David Cameron once (and probably regularly) cordoned off areas of woodland near his home to satisfy his desire to hunt animals. Whilst Cameron’s love of hunting is no great surprise (especially given how shit his DVD collection is – he must be itching to get out and do something rather than watch that crap), the fact that he goes to such lengths in order to fulfil his appetite probably is.

Unfortunately, he has to restrict himself to shooting pigeons now rather than the deer he once loved hunting, which he clearly isn’t too happy about judging by the conversation Cochrane was privy to over a dinner a couple of years ago. Cochrane’s diary recounts the meal that took place at the Peat Inn in Fife in February 2012:

While we ate venison, DC moaned about the fact that he couldn’t go deer stalking any more. I suppose he doesn’t want to hark back to the grouse moor image days of Harold Macmillan, or to be seen out on the hills with a powerful rifle.

Anyway, he says that recently he fancied a bit of shooting and so took his twelve bore out into a wood near his home and bagged a couple of pigeons.

It must have been quite a sight — he said that the wood had to be surrounded by coppers with guns. Whether that was to protect the ramblers from the PM or the PM from the ramblers wasn’t clear.

Anyway, he misses shooting/killing things. It’s changed days if a lad from a council hoose like me can go deer stalking but the Old Etonian PM can’t!’ 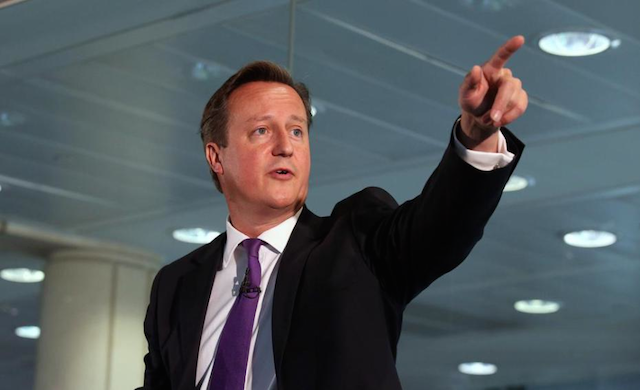 It sounds like David Cameron has had to make quite a few sacrifices in order to become the leader of this country huh? Cochrane also revealed that they drank a moderately priced Burgundy during the meal, as Cameron had made it clear that ‘they couldn’t spend too much of the taxpayer’s money’.

I’m not really sure what to make of that because on the one hand it doesn’t sound like something any politician would ever say and it also sounds pretty skanky when he’s hosting important people, but on the other it sounds remarkably responsible for a politician. It’s probably most likely that Cameron knew that Cochrane would eventually comment to the public on it, so it was a calculated remark designed to try and improve his ever dwindling popularity rating. Politics 101 right there.