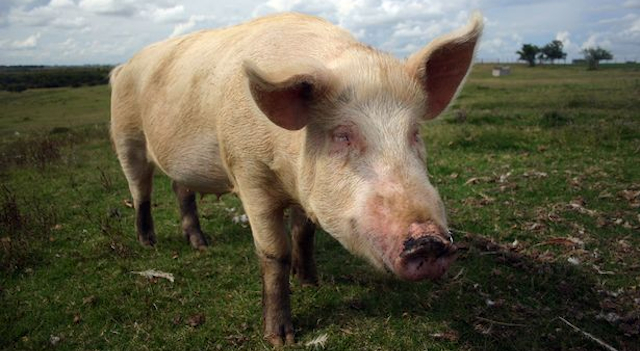 Could this be David Cameron’s finest hour?

‘Show me the money!’ David Cameron just said that to China, and they were so desperate for some of our pig semen that they’re coughing up £46 million for it every single year for the foreseeable future. Apparently British pig semen is seen as way better than Chinese pig semen, as British pigs are said to eat less, grow faster and mate more often that Chinese pigs, which makes them pretty much better in every single way possible it is to be better. Looks like English pigs rule.

The Chinese are desperate to improve their quality of pig because even though over half the pigs in the world are found in China (crazy stat), they’ve recently become a pork importer because their pigs are so crap and there’s huge demand for pork over there. They’re hoping that these new deal for British pig semen will allow them to gradually get their own better pigs and meet the demands of the nation.

We’re also in talks with China about exporting our unwanted pigs’ trotters which are apparently a major delicacy over there – so much so that a  government official got fired recently when it emerged that he had expensed $115,000 over a three year period at a pig trotter restaurant. That’s a lot of pig trotters, but hopefully if this deal works out for the Chinese, they’ll be a whole lot more heading into their country soon so they won’t be such an expensive treat.

Could this be David Cameron’s finest hour in government? Granted, there isn’t much during his reign that we can rank it against, but it can’t be denied that a mutli million pound deal for something like pig semen sounds pretty good. We just have to hope that we actually do something useful with all that money, which isn’t exactly guaranteed. We also have to hope that when the Chinese do become the new superpower and take over the world in a couple of decades that they don’t identify the British pig semen as the key component that allowed them to do that.

If you want to see how pig semen is collected from pigs, then check out the video below, although it’s pretty rank.