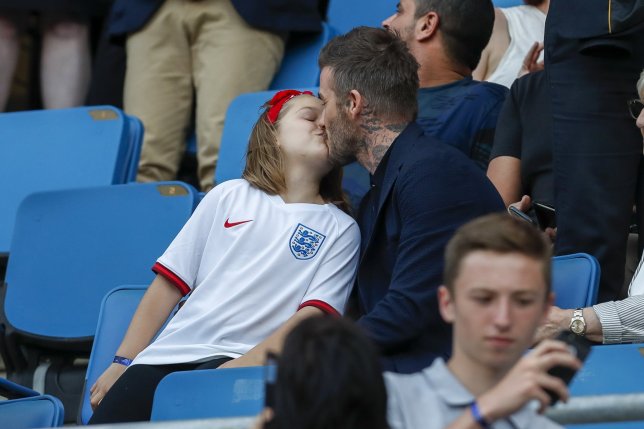 One of the weirder things that people have been triggered about recently is the fact that David Beckham has a habit of kissing his children on the lips when he wants to show them affection, which isn’t that strange but seems to have really had an adverse affect on the nation.

Beckham himself showed that he wasn’t going to be bothered by all the trolls and the bullies though as he attended England’s match against Norway last night in the Women’s World Cup and decided to give his daughter Harper another peck on the lips during the build up to the kick off. Fair play to him because I can’t really see what’s that wrong about it myself – surely most people do that growing up? 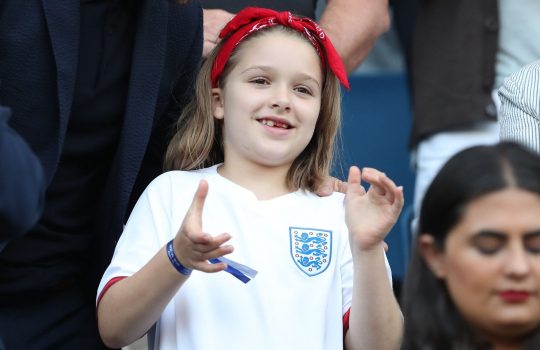 Anyway – as if he really needed to – Beckham justified it when the initial furore came about in 2017 by saying the following:

I kiss all my kids on the lips. Brooklyn, maybe not. Brooklyn’s 18, he might find that a little bit strange.

I’m very affectionate with the kids. It’s how I was brought up and Victoria, and it’s how we are with our children.

We want to show our kids love and we protect them, look after them, and support them, and you know, we’re very affectionate with them.

I mean I can’t really fault him again. Not sure why everyone is getting so up in arms about it, just like the guy be already.

For more of the same, check out this Chinese dude kissing an angry policeman on the lips. Ouch.