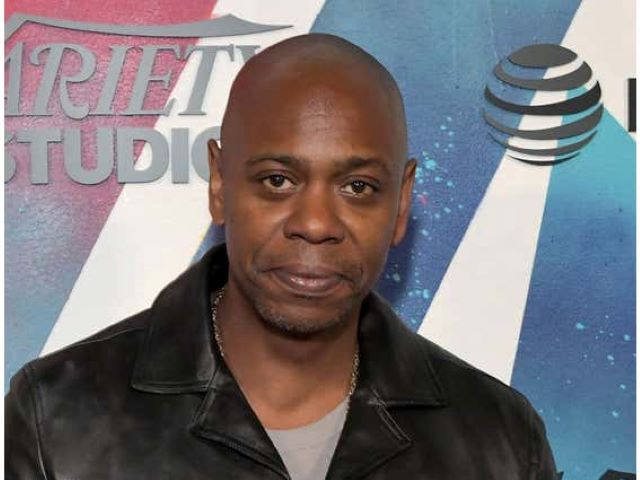 What a bunch of cry babies.

A bunch of kids at Dave Chappelle’s old high school are threatening to walk out if the school allows the comedian to raise money for them, leading to the postponement of the fundraiser altogether.

What’s their problem with the comedy legend exactly? Yup, you guessed it – his ‘transphobic’ Netflix special, in which he made fun of people of all backgrounds, skin tones and sexes, but apparently the trans jokes were a step too far.

According to the NY Post, Duke Ellington School of the Arts in Washington, DC, were initially set to cancel the Nov 23 fundraiser, but have instead opted to delay the event until April 22.

The fundraiser was meant to raise money for a new theatre that would be named after the comedian. The school said in a statement:

We recognize that not everyone will accept or welcome a particular artist’s point of view, product or craft, but reject the notion that a ‘cancel culture’ is a healthy or constructive means to teach our students how society should balance creative freedom with protecting the right and dignity of all of its members.

The school also noted that Chappelle had already helped raise millions of dollars for them over the years, but turns out the little brats kicking up a fuss don’t appreciate that. Initially I couldn’t understand why a group of students who have benefited from attending Chappelle’s old school and everything he’s done for them would get in their own way like this, but then I remembered we are dealing with literal children here. These are high school students! If a viral Tweet tells them Dave Chappelle is transphobic or they see headlines from a million articles saying the same thing, they’re going to uncritically accept that without thinking it through for themselves. That’s just how most people, let alone children, operate in 2021, unfortunately.

If you don’t think Dave Chappelle’s jokes are funny, fair enough. But what you can’t do is taking away his opportunity to make those jokes. Newsflash – that’s what comedians do. Big up the school for standing by him and making the point that recreational outrage is not the way to go. Then again, they do stand to lose millions of dollars from this, so it’s not like they have much choice this time.

In case you missed it, here’s Chappelle addressing the backlash after his special aired…

To watch a woman interrupt a comedian’s set because she was ‘offended’, click HERE. Love the way the crowd boos her off the stage!