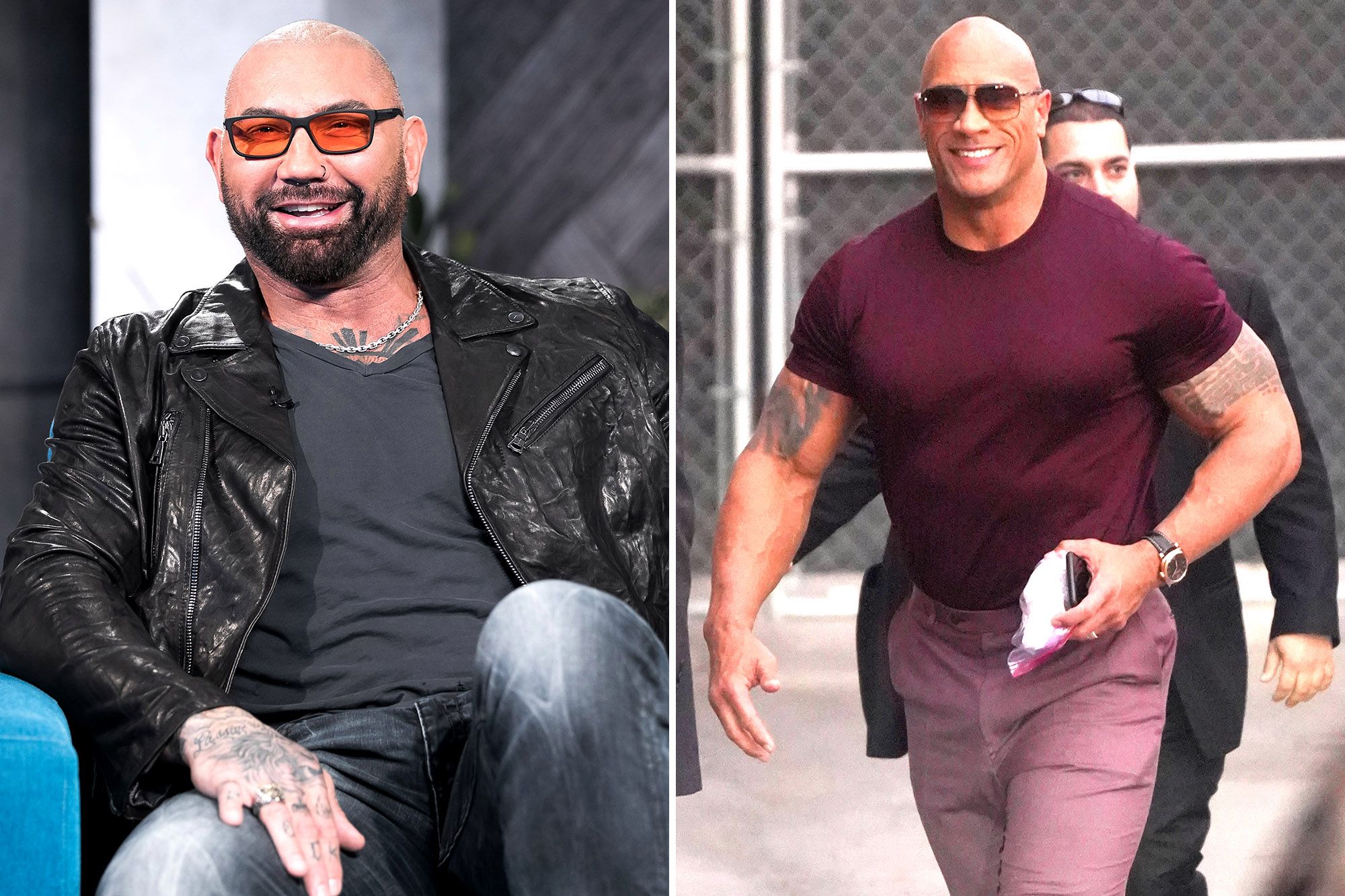 The Rock may be one of the biggest stars in Hollywood right now, but according to fellow pro wrestler-turned-actor Dave Bautista, he isn’t even that good of an actor.

While Bautista has been widely praised for his transition into the acting world with ‘Guardians of the Galaxy’ and his latest film ‘Dune’, he doesn’t think much of the acting chops of his former colleagues John Cena and Dwayne ‘The Rock’ Johnson.

Speaking to the Tampa Bay Times, he said:

[The Rock and John Cena] are wrestlers who became movie stars. I’m … something else. I was a wrestler. Now, I’m an actor.

[The] Rock was, in a way, a movie star before he was even a movie star. There is something about him that’s really special. I’d never take that away from him.

Would I consider him a great actor? F–k no.

I want good roles. I don’t care about ‘Fast and Furious’ or ‘Bumblebee.’ That’s not the kind of stardom I want.

Wow. Sounds like Bautista is really taking this acting thing seriously and reckons the roles that the likes of The Rock & Cena take on prove they’re not about “the art” the way he is. Still it’s pretty shocking to hear anyone speak negatively about The Rock, who is basically the most popular human being on the planet at this point, not to mention the highest-grossing actor.

So yeah, it’s a bit of a bold move dissing The Rock’s acting skills like this. I mean it’s not like Bautista is Robert DeNiro or anything, he’s David Bautista. He acts in superhero movies but somehow thinks the Fast & Furious franchise is beneath him. How about taking on a role that doesn’t involve him playing a jacked up monster (basically himself) before criticising The Rock’s acting choices. In fact I’m not even sure The Rock has been in a movie where good acting was possible in the last decade.

I did consider that maybe Bautista is trying to set up another feud with The Rock for a Wrestlemania showdown, but the vibe I’m getting is that he really means what he said. Either way, The Rock is the highest-earning actor in Hollywood right now so obviously he’s doing something right.

For a look at our Pro Wrestling Flashback series, click HERE.