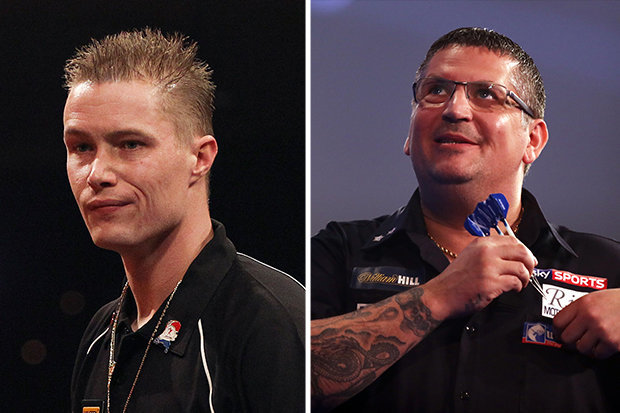 Whoever smelt it dealt it.

In the world of elite sport, some players will do anything to gain an advantage over their opponent, but I’m not quite sure if anyone has ever considered letting off a massive stinker to try and do this until now.

Former PDC World Champion, ‘The Flying Scotsman’ Gary Anderson was competing against a Dutch guy named Wesley ‘Sparky’ Harms in a Grand Slam of Darts match on Friday night. Anderson won 10-2 but Sparky accused him afterwards of consistently farting when he took to the podium which subsequently put him off his game.

Here’s what Sparky had to say:

Anderson left a fragrant smell behind him whenever he was leaving the oche.

It’ll take me two nights to lose this smell from my nose.

Bitter much? Anyway, Anderson felt the need to defend himself in his post match interview, giving us the following interview which really deserves to be remembered as an all time classic of modern sport:

If the boy thinks I’ve farted he’s 1010% wrong. I swear on my children’s lives that it was not my fault,

I had a bad stomach once on stage before and admitted it. So, I’m not going to lie about farting on stage.

Every time I walked past there was a waft of rotten eggs so that’s why I was thinking it was him.

It was bad. It was a stink, then he started to play better, and I thought he must have needed to get some wind out.

If somebody has done that they need to see a doctor. Seemingly he says it was me, but I would admit it.

OK so what I get from that is that there clearly seems to be some kind of fart going on in or around the oche, but the debate seems to be centred around which one of them was actually guilty of supplying it. Or if it was somebody else who was up on stage entirely?

It seems like it’s a classic case of someone letting rip with an absolute stinker and then refusing to admit it that we’ve seen happen all too many times over the years. Only this time it’s more than just banter. Not sure if anyone will ever admit if they dealt it, but at least we’ll remember how ridiculous this whole thing is for a very long time.

For more of the same, check out this guy documenting his farts at work every day for six months. He didn’t have any shame in admitting it.