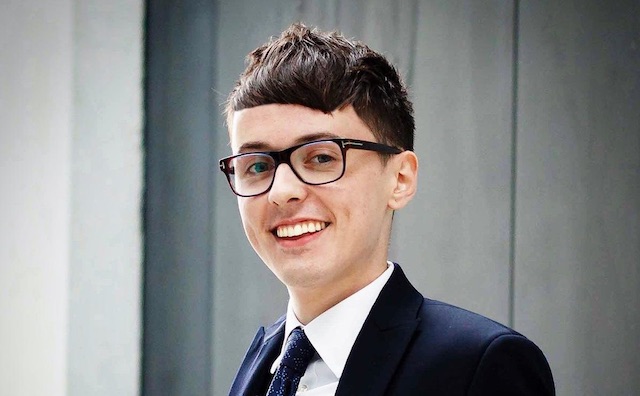 The winter lockdown is due to start in less than 48 hours and it’s undoubtedly going to lead to a whole host of problems for people in terms of their mental health, finances and general wellbeing, but the first thing that conservative political commentator Darren Grimes has linked it to is a rise in sexual predators.

A winter lockdown is great for sexual predators, they’ve closed our gyms so the only option we all have for exercise is a run outside, in the dark. The more you unpick this lockdown, the more obvious it is that they haven’t thought this all through.

Well, there’s a lot to unpack there isn’t there?

The guy kind of has a point that women might be more scared to run at night which could one of their only legitimate reasons to be out of the house and exercise, but the way that it’s worded is just so clunky that it seems to literally implies that people who regularly go to the gym will turn into sexual predators because they can no longer head there to work out.

It’s well known that women are fearful of running outside at night on their own and probably rightly so – Grimes’s namesake even wrote a song about it before she turned into a complete weirdo and married Elon Musk – but it’s just kind of strange that this is the first thing that someone would think about when a national winter lockdown is called. It almost kinda makes you think that Grimes himself is a the kind of person that has thought about this himself extensively, especially as he terms it as ‘great’. Almost like it’s something he wants to happen? Very weird way of expressing it, like I said.

Anyway I kind of feel that the government probably hasn’t thought this lockdown through too, but I don’t think this is the point that is the tipping point for me. It’s literally their whole handling of the pandemic.

If you are worried about running at night, this woman left a helpful reply of ways that you make yourself feel safer:

As a woman who has been running outside regardless of seasons, trust me we know how to take precautions like: your running app showing a feed to your partner so they know where you are, emergency call button, running in well lit places an telling your partner how long you plan

For more of the same, check out this guy who ran a marathon in his garden during the first quarantine. That’s another option I suppose.