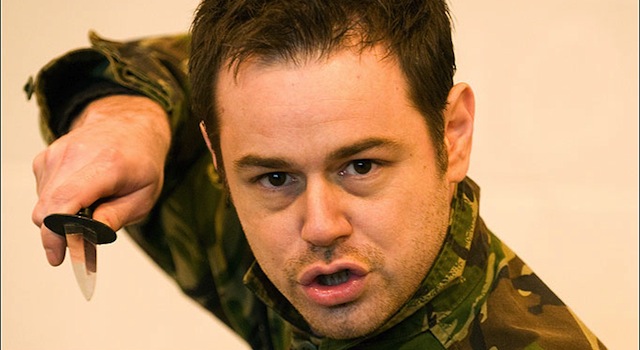 Danny Dyer reads reflective poetry in a pastiche of his own “hard man” programmes – what a don.

I have always had a soft spot for Danny Dyer.

Lots of people hate him, and many more dismiss him as some sort of bad cockney joke – but then again One Direction outsell The Skints, and Furbys returned from the infernos of hell to make a comeback this Christmas.

The world is not a fair place.

True, he has been in some god-awful films, and yes he has allowed himself to get trapped into a tiny geezer shaped box that only Nick Love seems to have the key to, but just take a second to remember him in Human Traffic. Have a look at him on Celebrity Juice and Buzzcocks. He’s a nice guy and he can laugh at himself, which is much more than a lot of the prima donnas in the public eye can manage these days.

Danny Dyer is a genius. Not only did he do an interview for the Chirpse like a boss, but he also made this little gem with Tom Rosenthal for his 2013 Edinburgh Fringe Festival show.

Watch Double Fackin’ D taking the piss out of himself by reading haikus and tell me he is not a brilliant human being.

â˜› More Haikus: A Haiku For Every Girl I’ve Ever Slept With