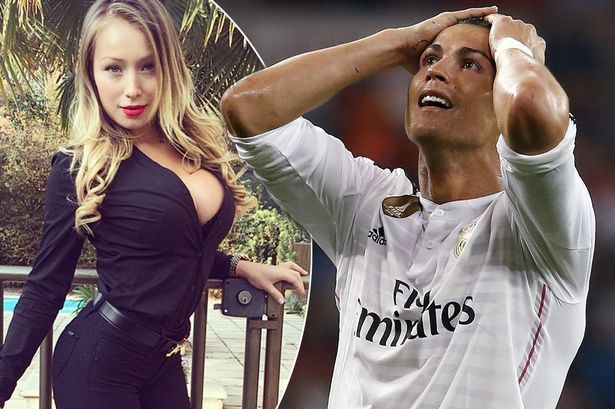 The Playboy model who says she ‘fulfilled a dream’ by having sex with Cristiano Ronaldo (while he was in a relationship with Irina Shayk, mind you) has now reportedly bought into into a third division Chilean football club.

Daniella Chavez has invested in Rancagua Sur Sports Club after claiming she slept with Ronaldo back in 2015 (via The Sun):

Cristiano was very shy at first, but when he built up his confidence was quite a man, though still a bit fearful. He loved me, but the idea was not to show it.

I just wanted to fulfil a dream and have sex with him.

I love his body. He liked my face, my breasts and the fact that he had never slept with a Playmate.

Lol @ “he liked my breasts”. Um, you think? Either way congratulations to Daniella Chavez not only on fulfilling her dream of shagging Cristiano Ronaldo but also of becoming part-owner of this third division Chilean football team. All she has to do now is recruit Ronaldo play for them and they’ll be competing in the higher leagues in no time.

How could she possibly convince him though?