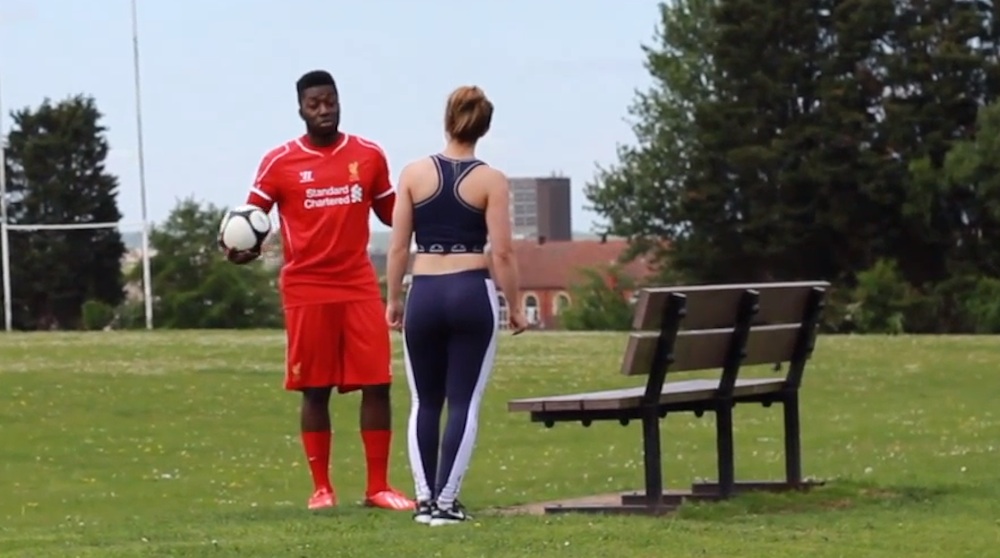 How do you think this is going to play out?

It turns out that YouTuber Jemel One Five has a passing resemblance to Daniel Sturridge i.e. he’s black and has a similar hairstyle, so he decided to put this natural gift to good use by dressing up in a full Liverpool kit and walking around trying to get with girls whilst pretending to be Daniel Sturridge.

I’m not sure whether I should be surprised or sickened by the results as pretty much every girl he meets swoons at him and gives him their number – even one who already has a boyfriend. A couple of them even agree to make out with him after he’s been talking to them for just a couple of minutes.

To be fair, I’m sure that a lot of girls would probably be taken aback by anyone just coming up to them in the middle of the day and asking them for there number and would probably give it to them. But if it’s someone who announces themselves as a Liverpool football player than it looks like it’s a dead cert. Even someone impersonating Robert Lewandowski back in his Dortmund days in America had the same results.