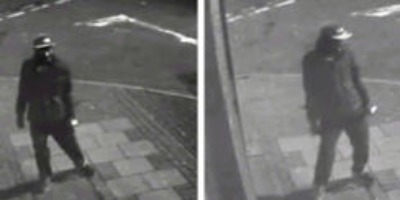 Shake your money maker…or not.

We all know the phrase finders keepers, losers weepers. At one time or another, we’ve probably all found a fiver a few quid sauntering along the pavement and thought this is my lucky day. Regrettably, the same can’t be said for this man, who is now known as The Dancing Thief.

Police have released CCTV footage of the thief, 31-year-old Kamayi Matumona doing a celebratory shimmy (Michael Jackson eat your heart out) after finding a £50 note in a stolen wallet.

When police saw the footage, Matumona was banged up for 22 weeks after admitting taking the wallet from a parked car in Edgbaston, Birmingham a matter of weeks ago.

We couldn’t believe it when we saw the footage. He was so happy at getting his hands on someone else’s cash that he did a little dance on the pavement.

He may have felt like dancing at the time but he looked pretty miserable when we knocked at his door to arrest him.

Strong words from the sergeant there. Matumona probably feels like a prize plonker right now, but you never know, this video could go viral and make him a lot more than £50 in the long run. Or maybe not, I guess we’ll just have to wait and see.

Speaking of amusing thievery, check out this guy: the real-life Hamburglar.