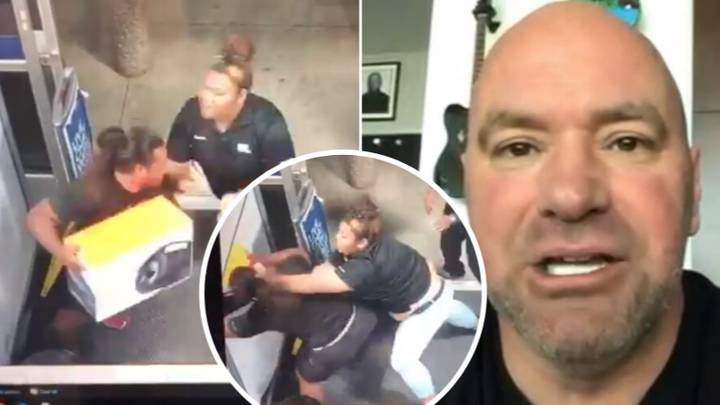 How can you fire someone for being this good at their job?

A Best Buy security guard in Hawaii who manhandled a would-be shoplifter was fired for her efforts (she was overly aggressive apparently), but that now seems to have turned out to be a blessing in disguise.

UFC President Dana White got wind of Summer Tapasa-Sataraka’s story and has not only promised to fly her in for Conor McGregor Vs Donald Cerrone this Sunday, but also wants to give her a job:

This is Summer. She stopped this punk from getting away with stealing from BestBuy in Hawaii. She got fired for this. Flying her in this weekend and giving her tickets to the McGregor vs Cowboy fight. I WANT HER TO WORK FOR ME! Get ready for the best weekend of your life Summer pic.twitter.com/8yF5FLrlnU

What a legend. Obviously it’s completely outrageous that Summer got fired for essentially being too good at her job. How can Best Buy not appreciate that kind of dedication to the job? Especially a job that probably doesn’t pay enough. She should have received a promotion if anything. Guarantee you any crook watching that clip go viral isn’t going to bother shoplifting from that branch of Best Buy – except they will now that they know that Summer isn’t working there anymore.

A real stroke of genius from Dana White though – remember what happened at the UFC around this time last year?

He sure could use someone like Summer on his team the next time that goes down.

For the security guard who caught two guys pissing in a car park and proceeded to SHOOT them, click HERE. Now that one may have gone a little too far…