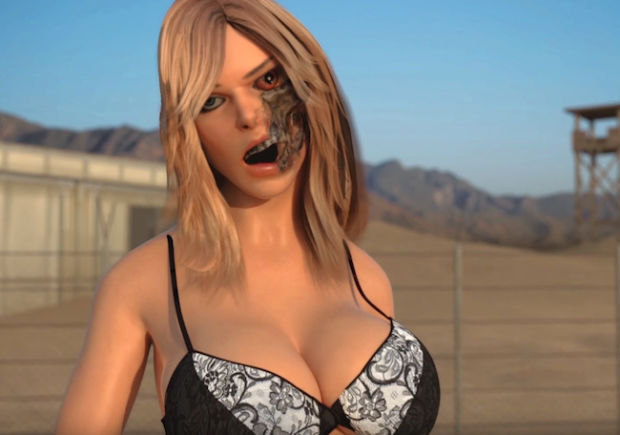 Well, kinda. The game starts off with Dan Bilzerian inviting you out to his ranch in Nevada to shoot some guns and hang out with some babes, when all of a sudden there are a bunch of zombie babes descending on the place. Your job now is to save Dan from these horrible zombie babes trying to seduce him and make sure that they don’t get anywhere near his Instagram account. Seriously.

I mean yeah, that looks really stupid but I suppose if you’re into playing games on your phone then you could do a lot worse. I mean it’s just a standard dumb shoot em up with a graphic of Dan Bilzerian and some stupid lines, but I’m sure it’ll do well.

Or perhaps not because it’s been out since January and hasn’t even got any reviews on the App Store and this is the first that we’ve ever heard about it. Maybe Dan’s stock really has plummeted after all the asshole stuff he’s done in the last eighteen months. I doubt he gives a fuck though, he’s too busy being rich, firing guns, partying and hooking up with babes.