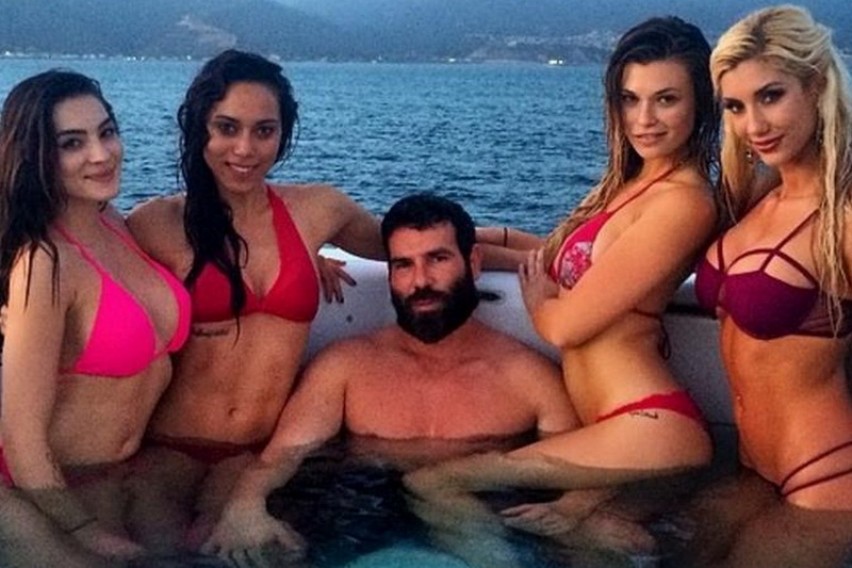 That shouldn’t be too difficult.

Dan Bilzerian never, ever comes across like a massive try-hard douchebag, so it’s such a shame that someone hacked into his social media accounts the other night and posted a bunch of awful content to make him look silly.

That someone was a user named ‘NuBLoM’ who made sure to ReTweet himself a bunch of times from Dan’s account while also posting really douchey comments under Bilzerian’s own handle: 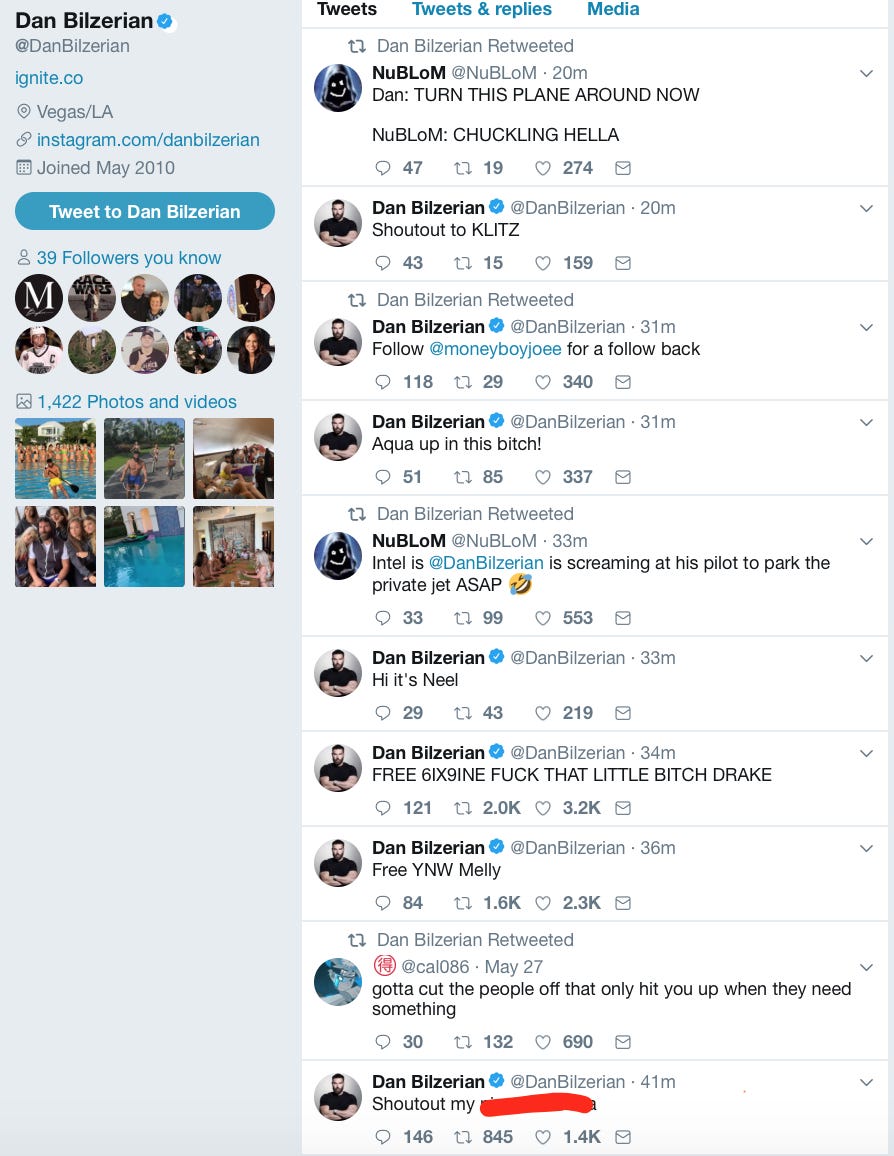 The playboy poker player, 38, had “***insert something incredibly racist here******” tweeted from his account among a slew of other abuse.

Before that, a Twitter user who might be the hacker tweeted: “1,000 RTs and I’ll release all the nudes on Dan Bilzerian’s iCloud and Dropbox.”

I don’t know that Dan Bilzerian would care too much if someone released all his nudes. After all it seems like something he would do anyway:

But yeah, sending out racist messages under his name was probably a step too far. Just leave the guy to it – he does a good enough job of making himself look like a prat as it is. And no, we’re not jealous of him at all. Why would you think that?

For the Dan Bilzerian group sex photo and then the internet into a frenzy, click HERE.