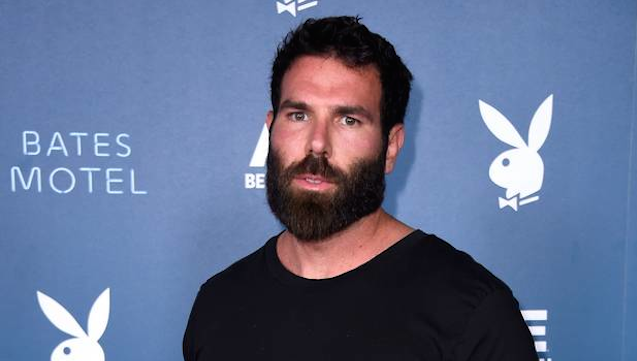 It’s been a while since we’ve heard from Dan Bilzerian, but unfortunately his return doesn’t coincide with him doing something cool like going on a five day bender and getting two heart attacks but still surviving. Instead he’s allegedly kicked a girl in the face for no apparent reason at a Miami night club.

Bilzerian was attending LIV over the weekend to celebrate his 34th birthday and it’s being said that the muscular figure dancing on the podium in the somewhat murky video below is him. He is the same build and it does look like his outline but there isn’t any real way to confirm this from the quality of the video. You then (barely) see the woman in front of him try to break up a fight and Dan lash out at her, kicking her in the face and allegedly leaving her left eye bleeding. Again, in the video there isn’t really that much of a clear indication that it actually was Dan Bilzerian or what even really happened and this makes the whole situation a bit more complicated.

Following the incident, LIV threw Dan out and reportedly banned him for life. The unnamed woman has said that she intends to press charges against him. That might be a concern for most people in the world, but considering Dan Bilzerian is completely loaded and can go to any club he wants to in the world, it’s probably nothing more than a minor inconvenience.

UPDATE: Both Dan and the woman who was kicked in the face have released statements regarding the event via a website called The Dirty that I’ve never heard of (so bear in mind these could be fake) and it seemed like the incident between them did definitely happen, that much is certain. Dan tries to justify it but just comes across looking and sounding like an asshole – I guess that is his whole thing though. 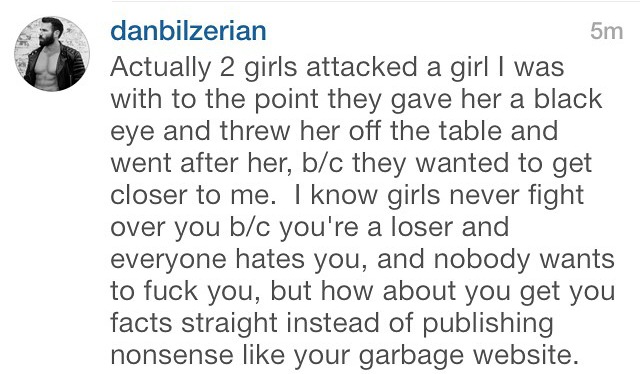 Hey it’s the girl who got kicked in the face this is basically what happened – there were two girls standing next to me at the table that were fighting. People started getting shoved and I tried to separate them. Then Dan pushed me both off the banquette and once I fell he kicked me in the face. I wanted to file a police report and EMT checked my face I was bleeding from my eye but I felt fine and at that point I just wanted to go home. I really didn’t see how serious it was until I watched the video for myself. I’m lucky that the injuries weren’t worse. I did nothing to deserve that kick to head, I am gonna go ahead pursue legal action against him.