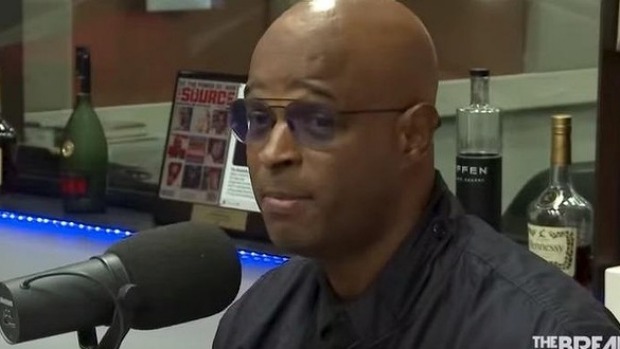 Damon Wayans just ended his own career with this one.

In a totally brainless move that’s no doubt got his PR team freaking out, comedian Damon Wayans (My Wife and Kids) has referred to the women who are accusing Bill Cosby of drugging and raping them as “unrapeable”.

55 year old Wayans made the comments during an interview on The Breakfast Club radio show, wondering why the women had literally waited decades to spill the beans. He said:

How big is his penis that it gives you amnesia for 40 years?

If I was him, I would divorce my wife, wink wink, give her all my money, and then I would go to a deposition, I’d light one of them three-hour cigars, I’d have me some wine, and maybe a Quaalude, and I would just go off, because I don’t believe that he was raping.

One of the hosts pointed out that some of the women actually came forward to accuse Cosby years ago. To which Wayans responded:

But if you listen to them talk, they go, ‘Well, the first time.’ The first time? Bitcch, how many times did it happen? Just listen to what they’re saying.

And some of them, really, is unrapeable. When you look, I look at them and go, ‘No, he don’t want that. Get outta here.

Naturally, the Internet wasn’t happy with him:

I feel so sorry for your daughters @damonwayansjr, you poor pathetic excuse of a man. I used to be a huge fan.. #gofuckyourself #damanwayans

I enjoyed #DamanWayans TV show – but after reading what he said about #BillCosby's victims, Wayans is now persona non gratis & IDIOT!

Damon Wayans really had my stomach hurting this morning. I love intellectual ignorance.

Following the backlash, Wayans conceded that there may be cases where Cosby is actually guilty (there are at least 40 women who’ve gone public saying he drugged/raped them).

For anybody who was raped by Bill Cosby, I’m sorry, and I hope you get justice.

So yeah, an outrageously dumb thing for Damon Wayans to say especially considering how long he’s been in the business. I’m quite sure he’s the oldest of the Wayans brothers too which means he really should be more responsible. Come on Damon, you’re proper messing up your brothers’ chances of appearing in Scary Movie 27 by soiling the family name like this.

But was this dumber than the CNN reporter who asked a Bill Cosby victim why she didn’t just bite his dick off? About even I’d say.