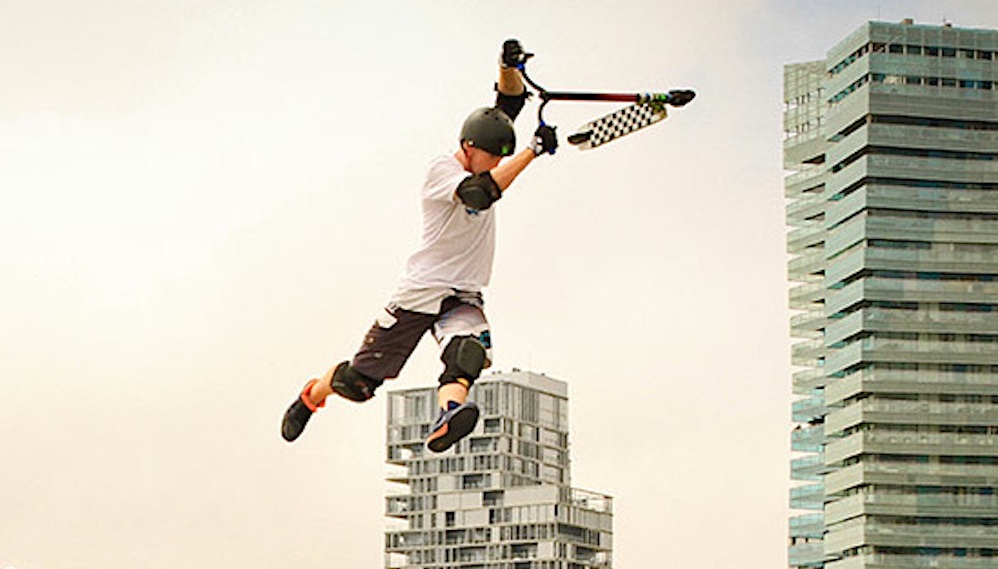 I don’t think scooters have ever been cool. I mean they might be cooler than rollerblades but they’re never going to be as cool as skateboards are they? You just don’t look like a gnarly dude when you rock up with a scooter anywhere do you?

This guy called Dakota Schuetz is trying to change this though. In this supercut of some of his best tricks he illustrates why scooters can actually be cool and how you can surprisingly bust out some amazing skills on them if you try hard enough. I’m not quite convinced yet, but fair play it’s a good effort.

This video is fairly old, so it’s likely that Dakota is gonna drop a new one soon and that might be enough to get me into watching scooter videos regularly. Maybe. I mean it’s not anywhere near as cool as the recent Mikey Whitehouse skateboard edit, is it, but keep trying dude and I’ll keep paying attention.