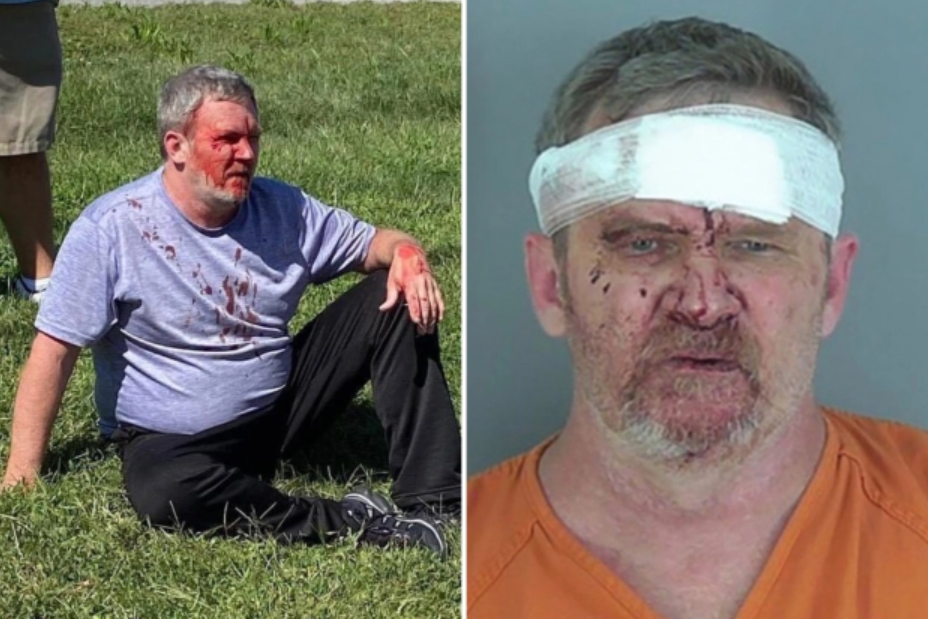 A convicted sex offender was tackled and detained by a group of fathers in a South Carolina Cracker Barrel car park after a 15-year-old girl told her dad she saw the man peek his head under the bathroom stall next to her.

What did the group of dads do about it? They ‘peacefully’ detained him, of course:

A group of men stopped this guy from getting away after Duncan, South Carolina police say a 15-year-old girl spotted him looking underneath the bathroom stall inside the Cracker Barrel on Sunday. Douglas Lane, of Mecklenberg County, is a registered sex-offender in North Carolina. pic.twitter.com/ASeLDKn0pe

Obviously this guy is deranged and perverted so no need to dwell on that too much. But crawling on the floor of a Cracker Barrel bathroom to watch a 15-year-old girl take a dump? I mean even if you’re a sick paedophilic monster, how can you not have enough self-control to stop yourself from being that pathetic?

From the looks of it, this girl immediately grassed him up to her dad and all the other dads within earshot joined in to give this guy a good pasting. In fact it’s pretty surprising he’s still conscious/alive in that video, all things considered. Now we just have to wait and see if the courts will do anything about this (repeat) sex offender or just say “OK you’re free to go, just don’t do it again” like last time. Spoiler alert = they always do it again.

For the security guy caught using a Blackburn Rovers camera to spy on a 12-year-old girl’s bedroom, click HERE. What is wrong with these people?