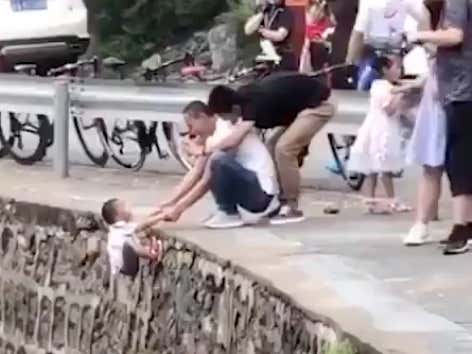 A video of a Chinese dad pulling a Michael Jackson and holding his young son off a cliff in order to capture the perfect souvenir photo has gone viral.

The trending video is said to have been filmed at a local scenic spot in Beijing Hongjing Road, which is a 19-kilometre road known for its beautiful scenery and very sharp bends. As you may expect, people are ripping into this man online, calling him “unfit to be a parent”, calling for him to be jailed, and so on:

The craziest part is that they don’t even have Instagram in China, so it’s not like he was risking his kid’s life for those coveted IG likes. Nope, he was purely after a family photo of a cherished memory between father and son. What an absolute monster!

In all seriousness, while I understand the anger toward this man, I don’t actually think this is as bad or as risky as people are making out? Yeah OK if that kid falls he’s 100% dead, but the dad’s not going to let that happen. His grip is so tight that he even shakes him to get his attention at the 10 second mark. Not only that, he’s got another dude behind him holding him tight just in case he loses his balance: 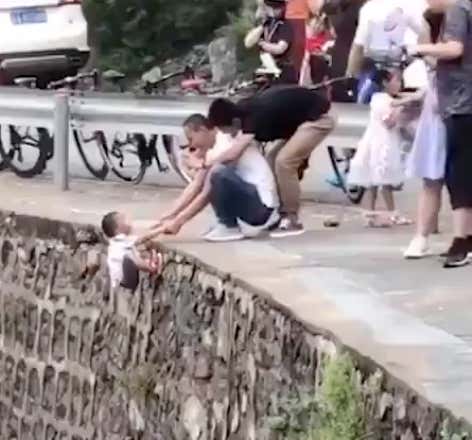 So yeah, I think the chances of him losing his grip on the child were ridiculously, unfathomably low. But again I understand why everyone is freaking out over it.

Also at least he was good enough to grant his son the vision to know what was going on, unlike some other people I could mention:

For the Florida dad who was arrested after lobbing his 5-year-old into the ocean to ‘teach him how to swim’, click HERE.