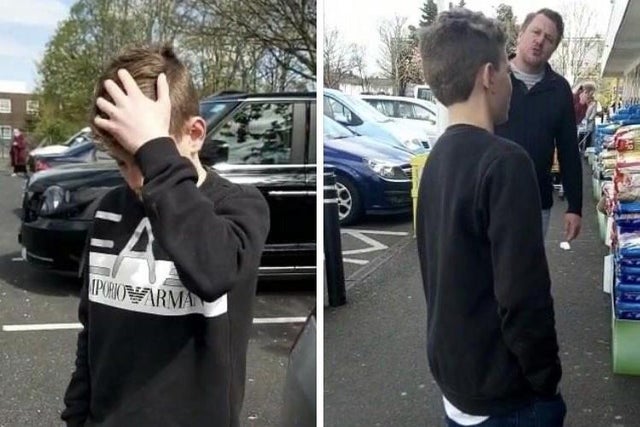 It’s a stressful time for all key workers at the moment, so the last thing they need is a crew of chavs showing up at their place of work and threatening to ‘slice them up’ because they asked them to leave the store or whatever.

Unfortunately this is what occurred outside an Asda branch in Gosport the other day as a pair of schoolkids acting like wannabe gangsters caused a scene, the footage of which has since gone viral:

Asda in Gosport yesterday. Two little twats abusing the key working staff. If they’re your kids… Pull your head out of your arse and sort them out. pic.twitter.com/b8Dia0V4ys

Cringe central. The good news is that the clip went so viral that the father of one of the chavs got wind of it, and dragged his son down to the Asda branch to apologise to staff:

You love to see it. I mean that’s just good parenting, isn’t it? One minute you’re acting like a tough guy outside Asda and the next your dad is giving you the dressing down of a lifetime in front of the same people you were just threatening to slice up with an axe. I’d be absolutely mortified if I was that kid, though probably not as much as his dad was when he saw what young Charlie had been up to. Lesson learnt – hopefully.

For the teenager who threatened to ‘crack’ an old man on the train, only to get dealt with by other passengers – click HERE. Justice is served.