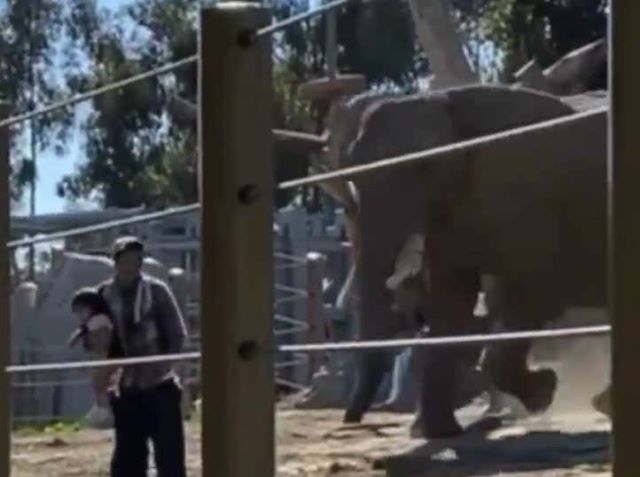 A father has been arrested on child endangerment charges after he carried his 2-year-old daughter into the elephant habitat at the San Diego Zoo to take a selfie with the animals.

A piece of shit carried his 2-year-old daughter into an elephant exhibit at the San Diego zoo for a selfie. He was arrested for child endangerment and he should be charged with animal cruelty too. pic.twitter.com/P4l314pGro

Unbelievable. The fact this guy is actually responsible for a 2-year-old’s welfare is terrifying. At one point it even seemed like he nearly left his daughter behind but then remembered to grab her at the last second like Indiana Jones or something. Whatever the opposite of ‘dad goals’ is – this guy is it!

But while this guy looks at possible jail time/a fine/losing his daughter, what we really need to know is – how did the picture turn out? Because if it turns out he took a sick picture then maybe we can forgive his brainlessness just a little bit. Although it might’ve have been cool to see him get stomped to death while his daughter went on to lead a healthy, successful life after being raised by elephants. Maybe next time.

To watch an Instagram model get ruthlessly molested by an elephant on safari, click HERE. He knew what he was doing.