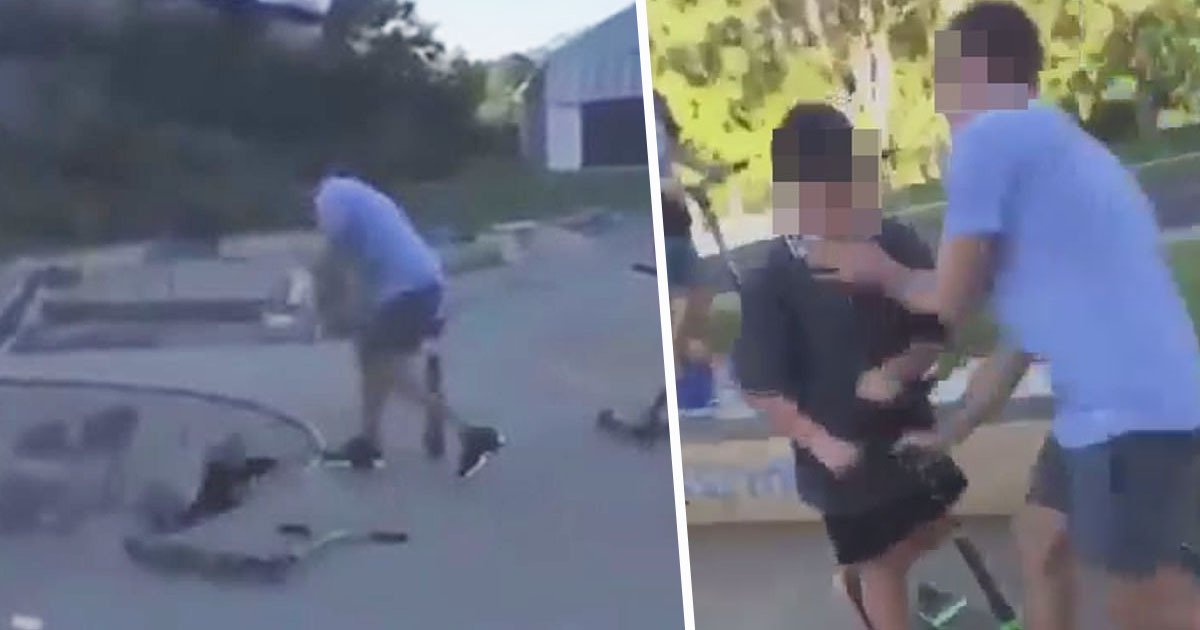 I don’t have kids but I can imagine it’s very hard to know how to handle the situation when one of them is being bullied by other kids – do you just go and tell them off? Do you report them to the teacher or the police? Do you beat the absolute shit out of them yourself?

Most people probably wouldn’t choose the final option, but one dad seemingly got so incensed at Goonellabah skate park in Lismore, New South Wales, Australia that he took matters into his own hands after a group of kids were verbally abusing and threatening his son, throwing them around, choking them and then throwing their scooters around as well for good measure.

Thankfully someone was around to record footage of this meltdown, so you can take a look at it yourself below:

Lol wow – looks like someone had some issues when they were a kid, right?

Of course this is probably gonna ignite a debate about whether this father was right to stand up to those kids who were picking on his son and I’m not sure if there’s a right or wrong answer. Those kids did sound like little shitbags – they were even calling him a cocksucker when he was beating them up – but I dunno if that’s an excuse for a much older man to assault them?

On the flipside, it’s never cool to bully someone else either is it, so you tell me if it’s justified or not? Could talk about it for hours but it’s almost time for me to go home, so I’ll let you guys figure it out.

For more of the same, check out this drunk 15 year old beat up a cop. Nicely.