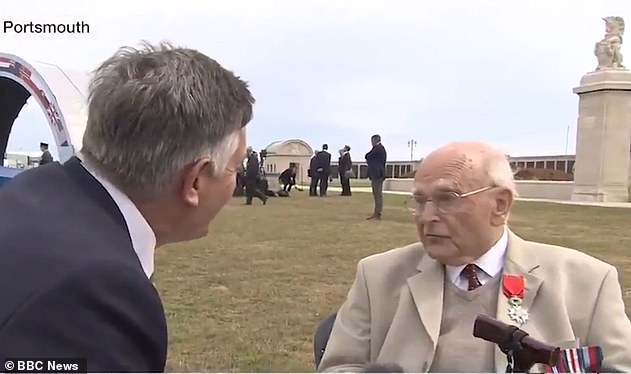 This is kinda sad.

Today is the 75th anniversary of the D-Day Landings which turned the tide of World War II and a commemoration was held in Portsmouth to mark this occasion, attended by Donald Trump and Theresa May amongst others.

The BBC interviewed 94 year old veteran Eric Chardin at this event, where he revealed that he was very worried about Brexit after the efforts he had gone through during the Second World War. Chardin was only 19 when he took part in the landings and was very regretful of recent events when he was interviewed:

What a lovely guy. D-Day veteran says that after all the trouble they went to in order to bring European nations together… to break it up now would be a crying shame. pic.twitter.com/0pybOnZHLA

That’s a pretty emotional interview whether you’re pro Brexit or a Remainer. Must be a wounder for him to have fought for that and for it to be taken away so near the end of his life. Not even taking sides on this, just saying it must be sad for him. Hopefully he’ll stick around long enough for it all to be resolved one way or another, but given how long it’s already taken I’m not too confident of that.

Shout outs to Eric Chardin and all D-Day veterans though obviously. Lest we forget.

For more of the same, check out this guy saying it’ll be good for the country to not have any food for a while. Idiot.