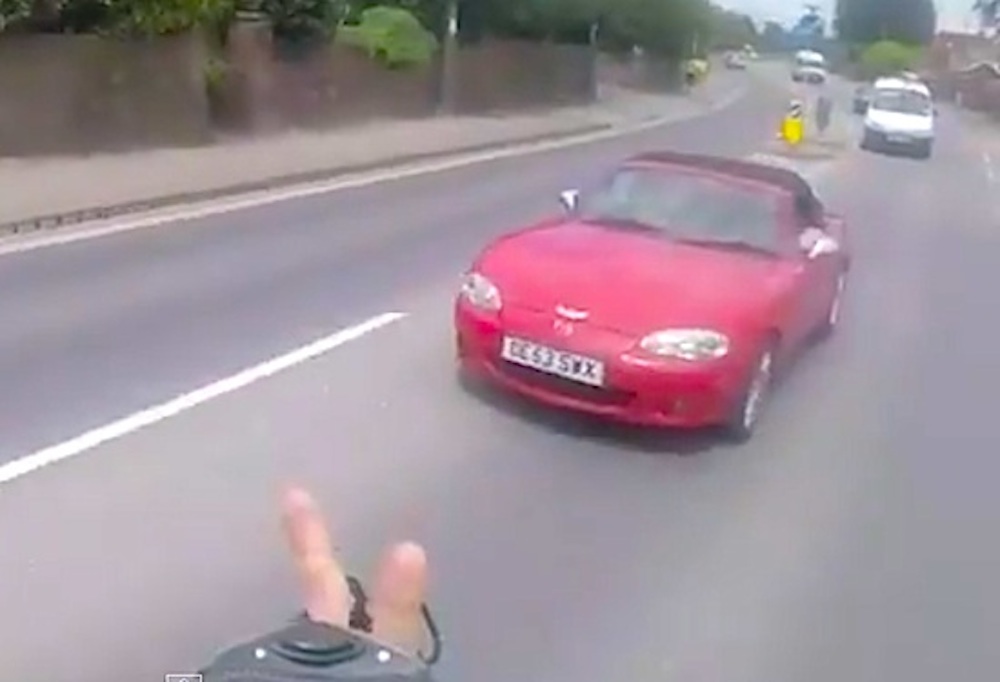 The world works in mysterious ways.

The old debate about cyclists and cars on the road and who’s in the right/has right of way doesn’t look like it’s one that’s going to be resolved any time soon, and it’s videos like this that prove it.

In it, a cyclist shows absolutely no remorse for his actions as he ruthlessly cuts off a car and even gives him the finger when he gets beeped at. Fortunately, the world works in mysterious ways and he gets absolutely what he deserved for his actions almost immediately. Karma’s a bitch dude.

This perfectly illustrates the cyclists v cars debate – normally the cyclist is in the right and it’s the car carving him up, but there’s always going to be someone like this prick on both sides of the argument bringing each side down. It’ll never be settled.