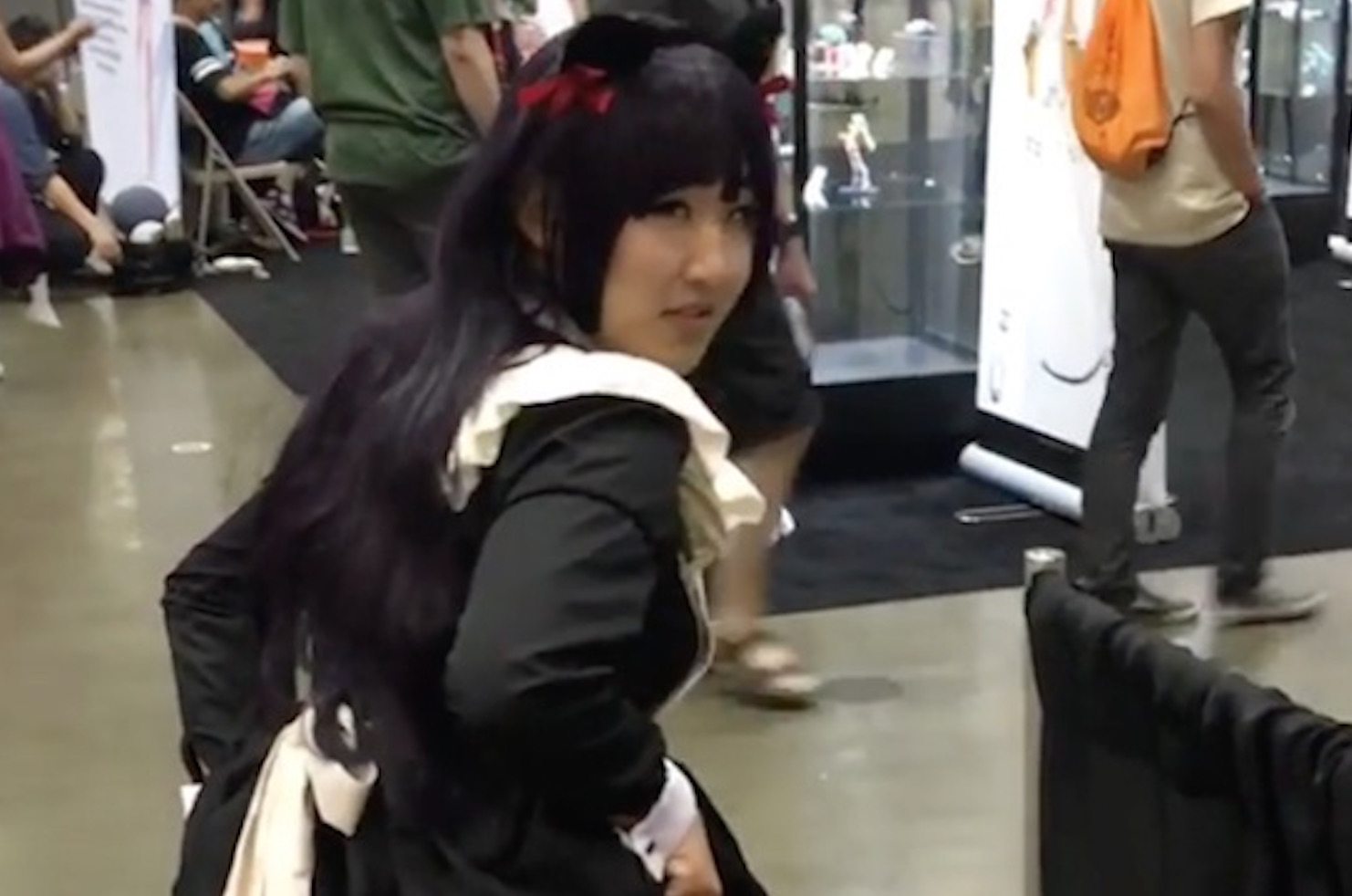 You’ve gotta be careful at those anime conventions.

I’ve never been to an anime convention or a cosplay convention, but they look like they would be a lot of fun with everyone dressed up and hanging around and meeting some of your favourite celebrities and what not.

I’m not sure if it’s the kind of place where I would attempt to pick up girls though. Not because they’re all butters or weird, but because I just don’t think it’s the most appropriate kind of venue for that activity – nobody wants to see some sleazy guy hitting on chicks when they’re at the anime convention right?

This video also provides me with another reason why it’s not a good idea to hit on girls at cosplay conventions: there’s no real way to tell who’s actually a girl and who’s actually a guy. Check out the video below to see what I mean:

Nice. Fake? Who knows. But I bet the guy dressed up as the maid had done that so many times before too – you can just see it in his eyes when he says ‘you’re welcome bro’ that he’s been doing it for years and it gets them every time. Fair play.

For more crossdressing, here are a bunch of couples swapping clothes for a quirky photo series.