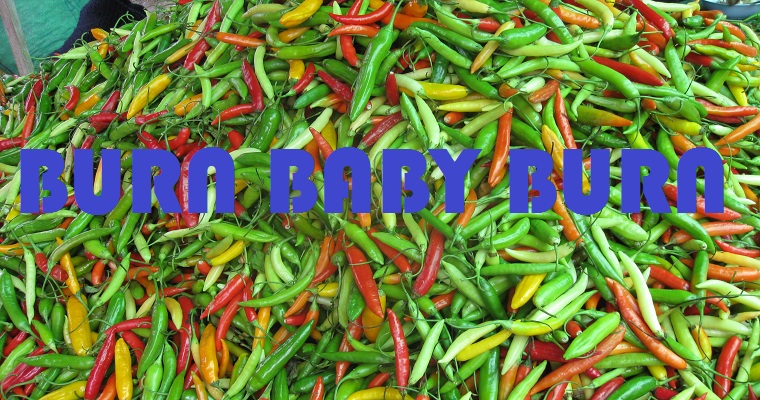 Curry: why it came here, what it’s good for and what it’s bad for.

Currys, we love them over here on our rainy little island. According to Gallup, one in four of us eat curry at least once a week. They’ve been part of us for quite a bit longer than most people realise. Thanks to our imperialist, thieving attitude we have been able to scan the corners of the globe for the best foods then steal their ideas and bring them home leaving the inhabitants both Christian and diseased. The first appearance of a curry recipe in an English cook book dates back to 1747 would you believe? Written by Hannah Glasse, the book ,”The Art of Cookery Made Plain and Easy”, also includes chapters called “Another way to raggoo a breast of Veal” and “Chickens with tongues”. Yummsters.

The very first Indian curry house in England – The Hindoostanee Coffee House in London – was started in 1810, it closed one year later due to lack of custom, our stiff upper palettes were probably not quite ready for what he was offering. To put that in perspective though, the first fish and chip shop didn’t open until the 1860’s. So curry is really as ingrained in us as the nation’s biggest staple. The Hindoostanee was set up by a British Bengali entrepreneur, Sake Dean Mahomed who was also the first Indian to write a book in English and became the “Shampooing Surgeon” to George IV and William IV, so he must have been doing something right even if the restaurant failed prematurely. 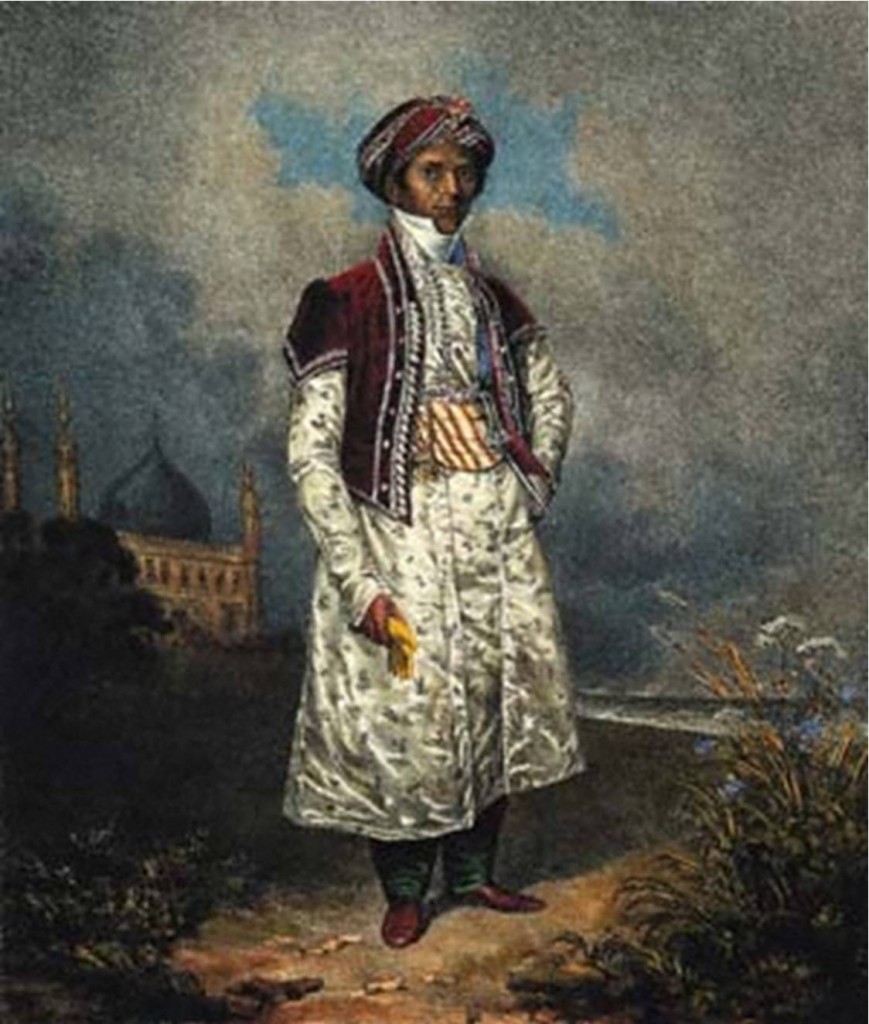 But is it good or bad that we are eating this mighty, spicy mush? Well I think you could adequately argue in either direction as far as I can tell. You get the occasional nut allergy deaths reported, most recently a young Welsh girl succumbed to that just a couple of weeks back. But we can’t blame the curry for that.  Also recently an ex-wife, jealous of her husband’s 16 year affair, poisoned her husband via left over curry in the fridge. Her weapon of choice was Indian Aconite, a poison derived from a flower which also has the enjoyable nicknames of Monkshood and Devil’s Helmet. The poison killed Lakhvinder “Lucky” Cheema within hours and his fancy women was left in a coma for a couple of days. No joke. We can’t blame the curry for that one either though.

In October last year in a curry house in Edinburgh there was a “Worlds Hottest Chilli ” eating competition. The curry they made was named after the restaurant – “The Kismot Killer” and included a defiant amount of Naga chillies which are among the hottest on the planet. Ten people vomitted, some passed out and the ambulance had to be called to cart a couple of the contestants off to hospital. The winner said “I wouldn’t recommend it….. I’m not going to defend my title next year”. Sensible chap. Not really worth defending I’d say. The restaurant’s disclaimer on their website advises the following “(we) .. will take no responsibilities for the bodily functions after you eat the curry”. They also made it clear that if a member of your party dies while consuming the dish you must split the corpse’s bill between the rest of the table. 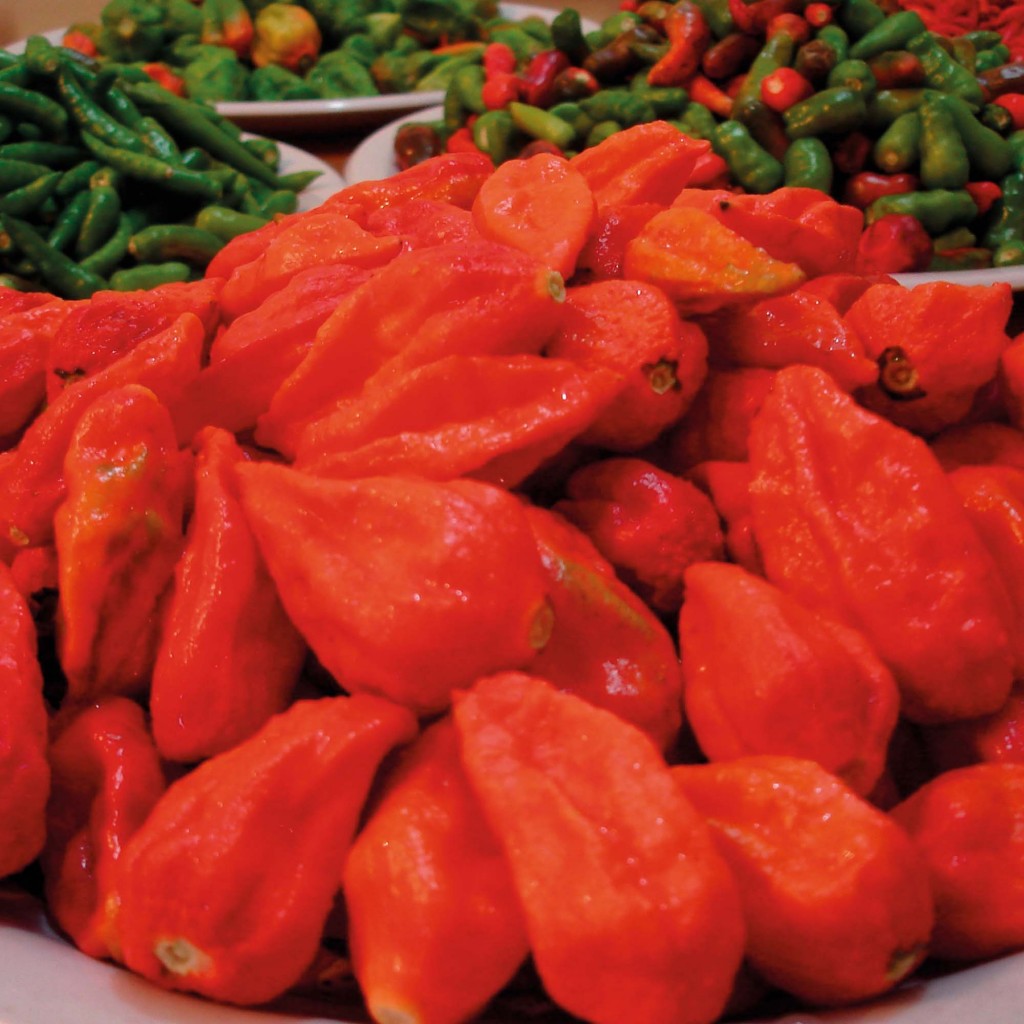 The chemical that actually makes the hot, hot, heat in the chilli is called Capsaicin, it’s classed as an irritant, and any chap who has chopped chillies before going for a slash will tell you that “irritant” is an understatement. It tricks heat receptors in your body in to thinking there’s trouble so that you get a sensation of heat when there is none. It probably evolved to put off peckish mammals from chewing up and wasting their seeds, but humans are clearly too stupid to be put off by a little discomfort. Birds are unaffected by the burn though, so they are still happy to chow down and pass the seeds back to the ground via their turds.

Although a very unpleasant chemical it surely is, it’s no killer. Technically it can kill you but it would have to be at concentrations that are way out of the realms of most peoples normal visit to Nandos. Capsaicin is in fact the active ingredient in pepper spray. I’ve not had the pleasure of experiencing the Feds juice me up with Pepper spray, but I’ve seen footage and it looks like no fun at all.

On the plus side, Capsaicin is still used now to help with neuropathy, neuralgia, psoriasis and other ills. However it is illegal in the equestrian industry due to it’s hypersensitizing and pain relieving properties and in the 2008 Summer Olympics four horses were disqualified after testing positive for it. What a strange world the horse world is.
Another chemical present in pretty much all curries from the girly Korma to the manly Vindaloo is Tumeric, and within that spice is Circumin, a chemical which is looking like it may be helpful in a number of illnesses. It may help restrict damage caused by tumours, help chemotherapy kill off oesophageal cancer and possibly even help stop the progression of dementia.

So it seems that curry is the gift that keeps on giving. Love ’em or hate ’em, they’re here to stay. So on behalf of the people of England I would like to take this opportunity to thank Asia as a whole for their contribution to my extending gut.