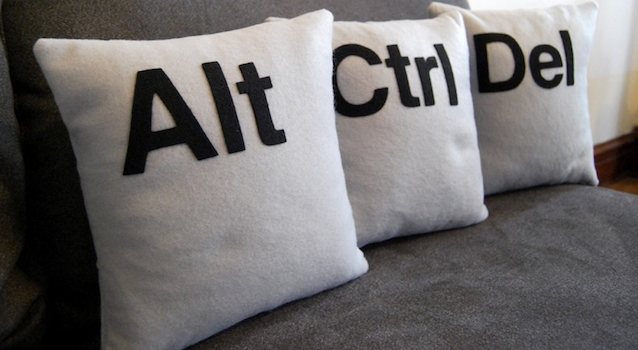 It turns out that one of the functions that has literally saved your life multiple times was actually a mistake.

Back in the day CTRL ALT DEL used to save your ass so much when your computer was messing up and not responding and you just couldn’t turn it off for fear of losing your English Literature coursework or because you hadn’t saved your game on Quake for a while or whatever. Well guess what – it turns out CTRL ALT DEL was actually a mistake, and Bill Gates finally admitted it yesterday.

The reason being is that Bill Gates actually wanted one button on the keyboard to perform the CTRL ALT DEL function, but the guy who was designing the IBM keyboard refused to put it on. I guess back in those days you could actually say no to someone like Bill Gates. Bill was speaking at Harvard University – the institution he dropped out of to start up Microsoft, and was later awarded an honorary degree from because obviously he absolutely killed it with Microsoft – when a student asked him about it in a Q & A session, leading to the revelation.

It’s fairly well known in tech circles (re: geeks) that IBM tech designer David Bradley came up with the idea to use three keys for the CTRL ALT DEL functionality, but this is the first time that Bill Gates has ever admitted that it wasn’t his original intention to use three keys for this and he originally wanted one. Despite this, Bradley has been very modest about the CTRL ALT DEL command in the past, stating that ‘I may have invented it but Bill made it famous.’