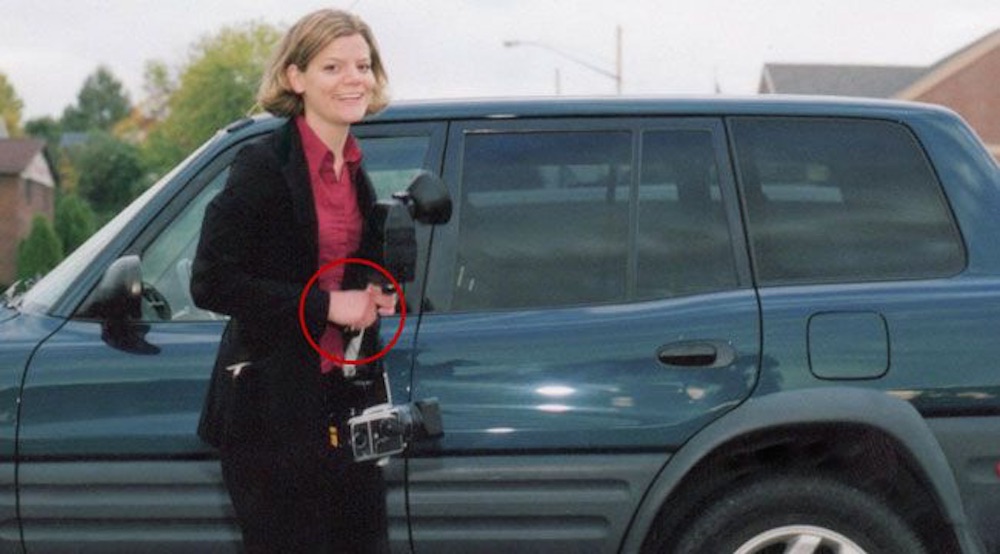 This could actually blow the case wide open.

We actually had a day off yesterday from Making A Murderer hype, but we’re back now with one of the biggest pieces of unseen evidence missed from the trial, which could blow the whole thing open – at least in terms of the cop’s planting evidence at Steven’s house. As if we didn’t already know that they did that.

It concerns a photo of Theresa Halbach – the main one that was used in the show – and what she’s holding in her hands. Yes, if you look closely as many internet sleuths have chosen to do so, you can clearly see that she’s holding a bunch of keys there in her hand. See the picture below for a close up look.

As you probably know the key that was found by County Sheriff Lenk in Avery’s bedroom on the seventh time of looking – which also had none of Halbach’s DNA on at all and just Avery’s – was a single car key. The fact that Halbach looks as though she has a bunch of keys here and is standing out side of a car about to use them, again throws doubt on the fact that this key was even one that she used on the reg, as it could quite easily be a spare that was found after the police searched her house and then planted at Avery’s house. Even if that’s just speculation, the existence of the key chain adds a whole new dimension  to the case.

Jerry Buting – one of Steven’s 2006 defence lawyers – explains how they didn’t see the keys in the photograph back then: 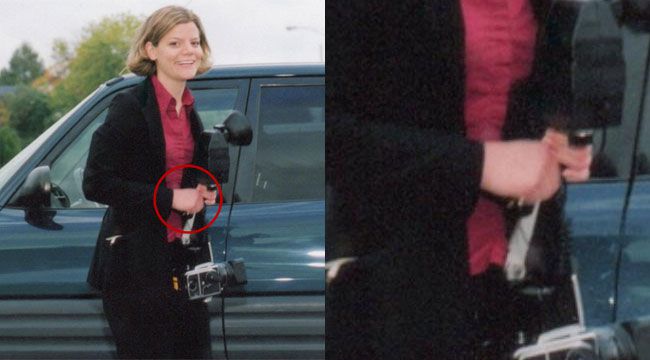 Dean and I worked on that case for 14 months before that trial, the last six months of which I did nothing but work on this case. We had 25,000 pages of discovery and police reports to go through, we had hundreds and hundreds of hours of tape recorded phone calls and interrogations and aerial footage, every salvage yard and expert opinions. But we were only two minds. What I’m discovering is that a million minds are better than two. Some of these people online have found things with a screen shot of a picture that we missed.

There’s a picture of [murder victim Teresa Halbach] that I’ve looked at a thousand times that shows her standing in front of her vehicle, the RAV4. She’s got a camera in one hand and she’s also got keys. And it’s like a key ring. You can see there’s a bunch of keys there like a house key, probably a photography studio key, maybe her parent’s house key. And those were never recovered. Instead we found this single key.

Now we did challenge that, about how unusual it was, why is she walking around with one key? But I don’t think I caught the fact that there was a photograph showing what she really carried around with her is a bunch of keys. And none of those keys were ever found.

I suppose you can’t really blame the pair – they did come up with a lot of compelling evidence for the trial. Whether or not this would have even made a difference had it been presented  is debatable too because it seemed like it didn’t really matter what they did during the case as there was more than enough doubt cast on the verdict to pronounce Steven innocent in the show but it didn’t happen.

Let’s hope that if a retrial ever does happen though that this key business is highlighted. And let’s hope the internet finds even more evidence out there too. Of course, they will also have to deal with all the other Making A Murderer theories that have emerged as well.