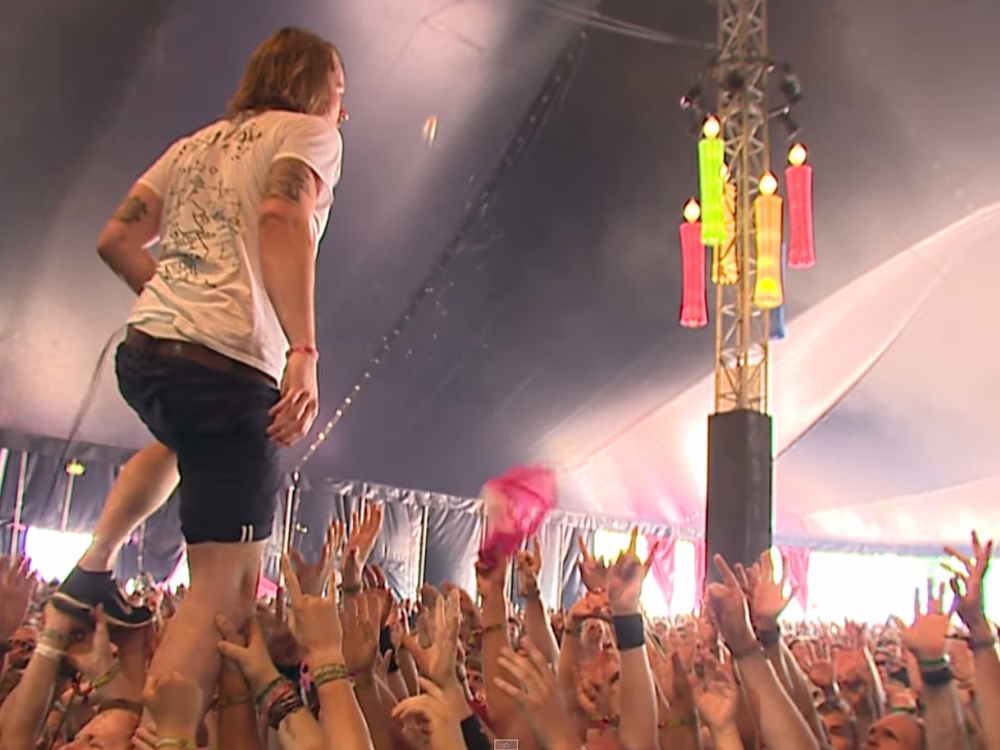 The definition of a rock star.

John Coffey are a post-rock hardcore band from Holland. They’ve had a cult following for a few years but all of a sudden their vocalist – David Achter – is going viral, and unfortunately for them it’s not because of their music. That’s often the way though these days. People are more interested in what musicians have done than the music they produce.

John Coffey were working the crowd up at Holland’s Pinkpop festival the other day. Achter was doing a spot of crowd-walking. Like you do. If you’re that way inclined. All of a sudden, from out of nowhere a plastic cup with a splash of booze in it flies through the well-lit stadium. What happened next was pure serendipity my friends.

Check this super-lucky skill out:

I bet he was well chuffed when he realised someone had caught that on camera. I know Dave Grohl’s return to the stage after breaking his leg was pretty heavy metal, but you can’t beat a good catch can you?