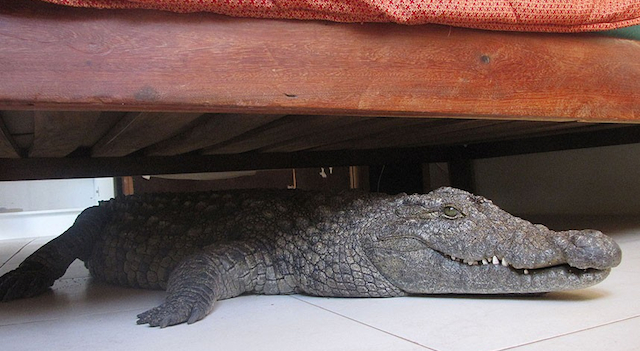 Nobody checks for monsters under their bed before they go to sleep anymore, but maybe after reading this they should start doing it again.

I gave up checking under my bed for monsters a long time ago but after reading this I’ll be sure to check tonight because this sounds absolutely terrifying.

A guy called Guy Whitall, who is a director at the Humani Lodge in Zimbabwe, was only alerted of the giant crocodile that had been lying under his bed all night during his breakfast when his housemaid was tidying his room and noticed the 330 pound monster that was lying still under his bed. This was despite the fact he had enjoyed eight full hours of sleep there the night before. That’s a close shave dude.

In fairness to Guy, it is noted that crocodiles are ‘experts at hiding’ and ‘know how to keep quiet’ and you can’t really blame him for not checking under his bed for monsters because he’s a grown adult, but this still must have been pretty terrifying for him to find out. He’s quoted as saying that the scariest part of the whole experience was that he was sitting on the edge of his bed that day with the croc only centimetres away from his feet, waiting to pounce. No shit that was the scariest part of it Guy, although the whole thing must have been pretty damn terrifying in retrospect.

Guy and a couple of his co-workers managed to drag the crocodile out his room and into the nearby Turgwe River, which sounds like it was probably almost as bad an ordeal as sleeping on top of it unknowingly all night, especially if you look at the pictures below. That croc looks as though it did not want to leave that bedroom at all.

Nobody was really sure how or why the crocodile had found itself under the bed in Guy’s house but it is well known that crocodiles sometimes leave the river and wander around the bush in the area. His only explanation for hiding under the bed was because ‘perhaps he liked it as it was warm.’ Letting out some stinkers in the night huh Guy? 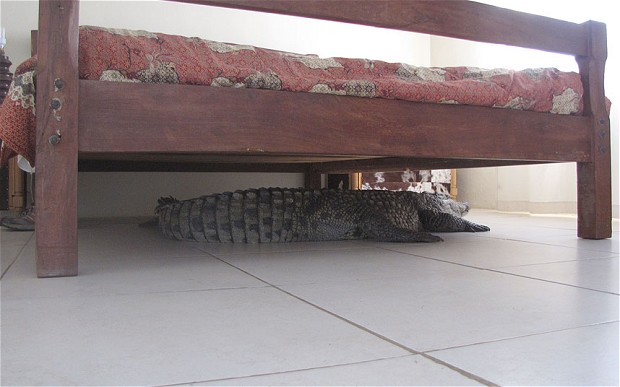 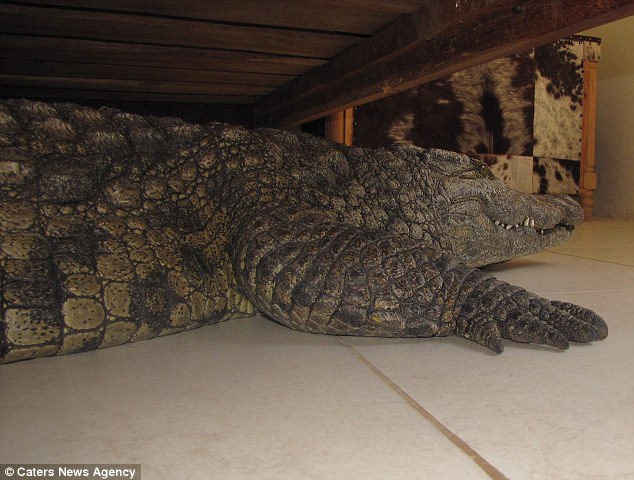 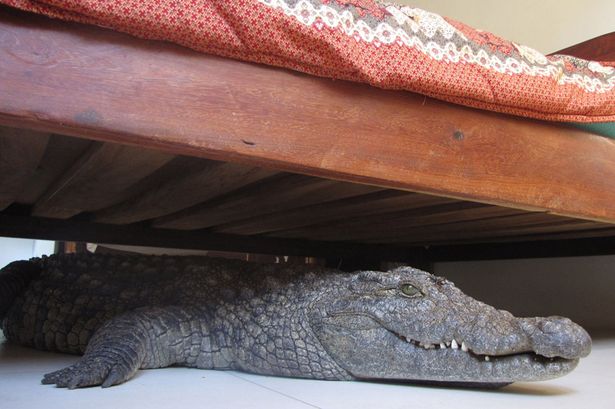 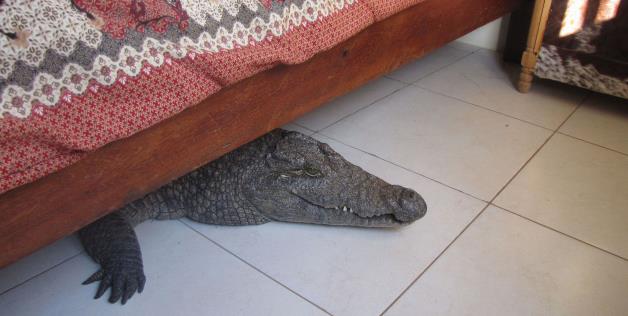