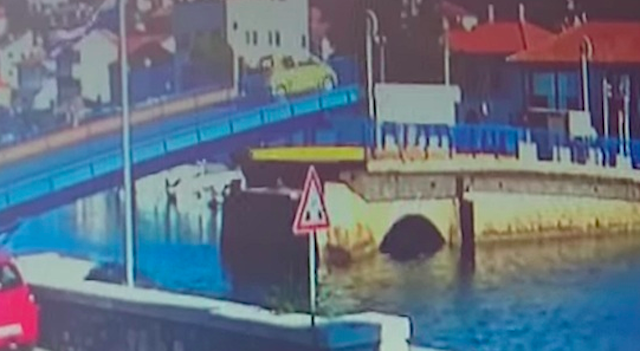 This is some Blue Brothers action right here.

Everybody loves it in Blues Brothers where they jump over the raised bridge but nobody loved it so much that they actually tried to recreate it – unless you count stuff like the world’s longest car jump that recently went down and ended up in a massive pile up, Blues Brothers style.

It’s happened now though with the actions of this crazy 58 year old woman driver in the town of Tisno, Croatia when she decide to drive her crappy little yellow Peugeot and jump it across a raised bridge when it was at 2.5m. What a daredevil. She made it too but that dismount…..ooof.

I was shouting and gesturing her to stop but it was no use. She ignored me, went full throttle and flew across the bridge. I was convinced she’d overturn the car.

She didn’t though and made the jump and thankfully it was also all caught on CCTV. It’s nothing on this insane rooftop jump that this stunt man did just because he was bored though.