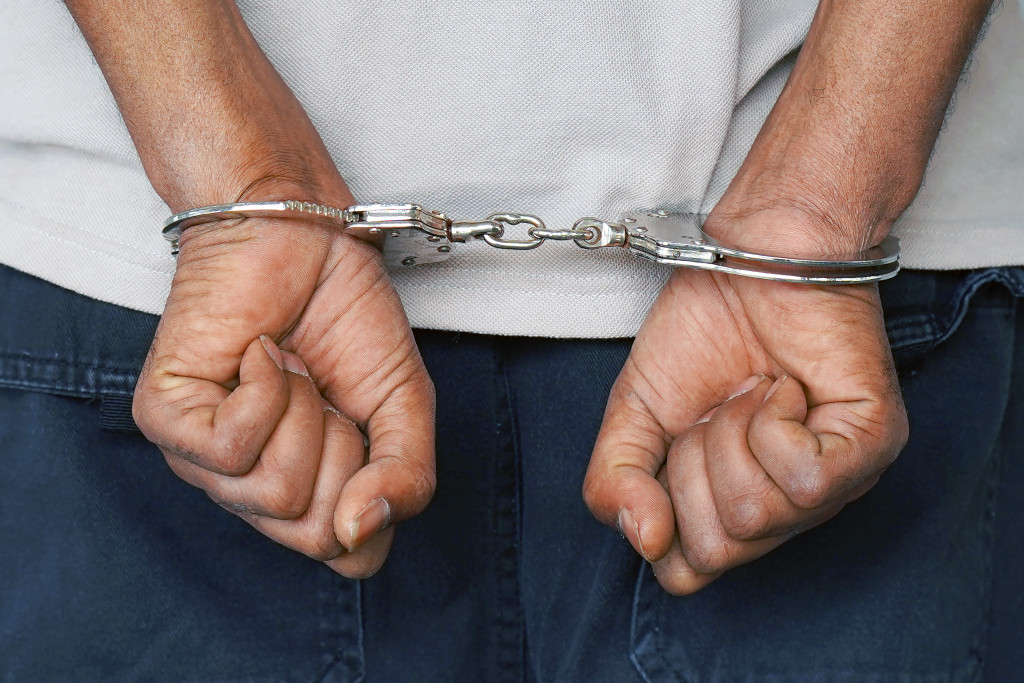 Everyone knows that sometimes, a fart can just sneak out without warning. If you’re lucky, it won’t be during a moment of silence on a first date, or during an exam, or, as was the case with this Missouri criminal, while you’re hiding from police.

The Clay County Sheriff’s Department over in Missouri shared the experience on Facebook: 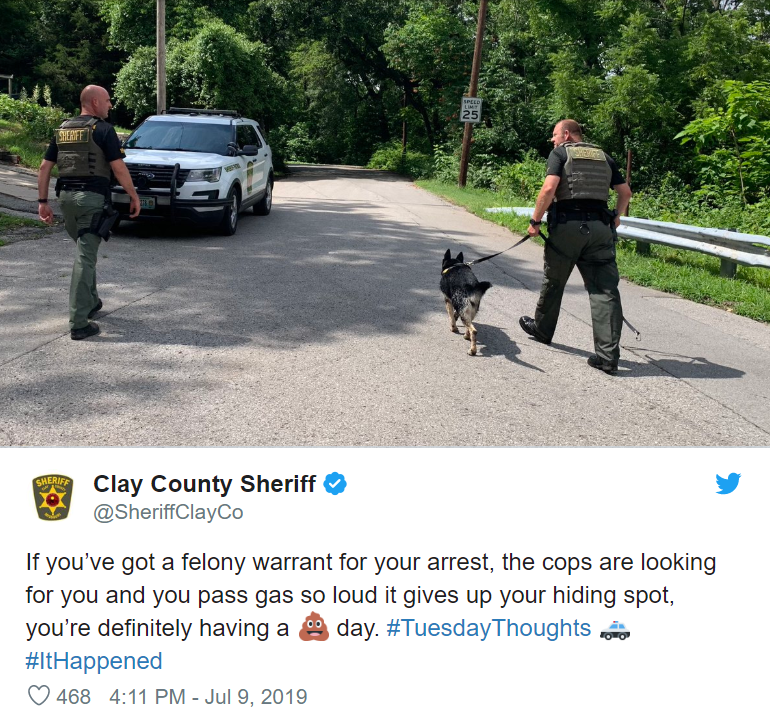 When tracking down a suspect, law enforcement might use a K-9 to track down a scent. This was not necessary for a recent arrest in Missouri.

According to the Clay County Sheriff’s Office, over the weekend, Liberty police were searching for a person who a felony warrant for arrest. The person was wanted for possession of a controlled substance. The suspect hid to avoid police, but apparently let out a fart so loudly, it gave up their hiding spot.

Well that’s one way to get sniffed out. What I want to know is what this unnamed criminal ate before going into hiding? Probably not a good idea to munch curry or Mexican food when on the run from police. You live and you learn.

I just feel sorry for whoever his cell mate is going to be. Then again, there is evidence to suggest that smelling other people’s farts can make you live longer. Still, I think I’ll pass.

BONUS VIDEO – ever seen what a fart looks like through an X-Ray machine?