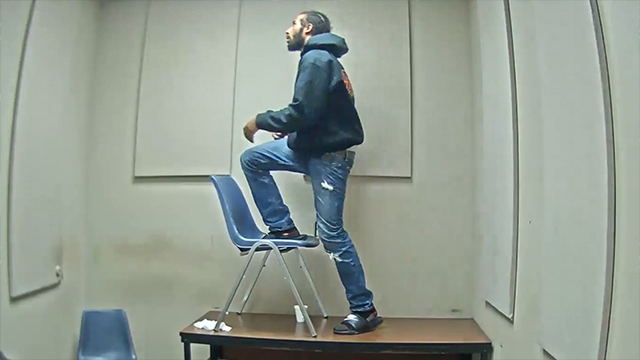 It’s never a good idea to be brought into a police station with wraps of crack cocaine hidden on your person.

It’s also not a great idea to be arrested alongside your underage girlfriend who’s spilling the beans about your sex trafficking ring in the room next door.

I mean the situation could hardly get any worse for 25-year-old Thomas Hartman… except it does, when he decides to try and hide a wrap of crack cocaine in the ceiling of the interrogation room, completely unaware he’s on camera:

It’s a bit like Martin Lawrence in Blue Streak, except instead of hiding a stolen diamond in the police station this clown is hiding wraps of drugs. Underrated film by the way, highly recommended:

Thus far, Hartman has been charged with filing a false police report and possession of a controlled substance, but let’s hope he gets done for the sex crimes too.

To read about the young lady who pooped her pants in order to hide a crack pipe, click HERE.