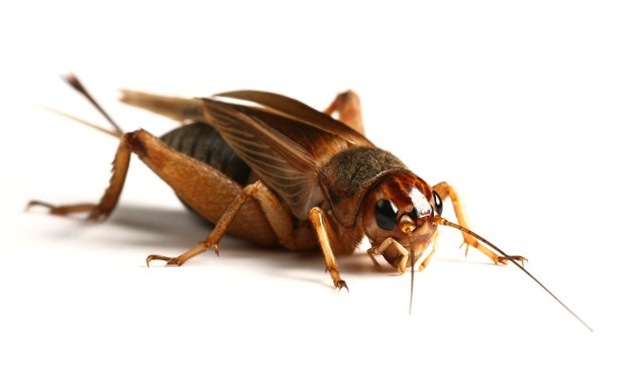 Composer Jim Wilson recorded some crickets singing in his backyard and slowed down the track, and what he heard is totally bizarre and incredible.

Jim Wilson had the following comment on the audio: ‘I discovered that when I slowed down this recording to various levels, this simple familiar sound began to morph into something very mystic and complex……..almost human’. The actual track below features two audio tracks, one is the crickets’ original audio track and the other is the slowed down version.

As I’m aware that this is the internet, I’m not 100% sure if this is 100% above board but it would be pretty neat if it was. Let us know what you think.You can buy the recording – entitled ‘God’s Chorus Of Crickets’ here.

UPDATE: Ok unfortunately this isn’t 100% true. Although both of the tracks are crickets, the slowed down one actually has a human opera singer singing along with it accompanying it and turning the sounds into the human-esque words that you can hear. The pitch has also been lowered to make it sound better. Here’s what opera singer Bonnie Jo Hunt had to say about her experience recording this:

‘I had these messages saying that Robbie Robertson said to get in touch with me. So we went in studio. He said, `I want you to do whatever you feel like. And, now, these are crickets.’ So I thought, oh, my goodness. I’m to accompany crickets, see?

And when I heard them, I was so ashamed of myself, I was so humbled, because I had not given them enough respect. Jim Wilson recorded crickets in his back yard, and he brought it into the studio and went ahead and lowered the pitch and lowered the pitch and lowered the pitch. And they sound exactly like a well-trained church choir to me. And not only that, but it sounded to me like they were singing in the eight-tone scale. And so what—they started low, and then there was something like I would call, in musical terms, an interlude; and then another chorus part; and then an interval and another chorus. They kept going higher and higher.

They were saying cricket words. I kept thinking, `Oh, I almost can understand them. It’s a nice, mellow tone. And they never went off pitch until one of the interludes, where they went real crazy and they got back on again to where they were. And I know that people do not know that they’re listening to crickets unless they’re told that that’s what that is.’