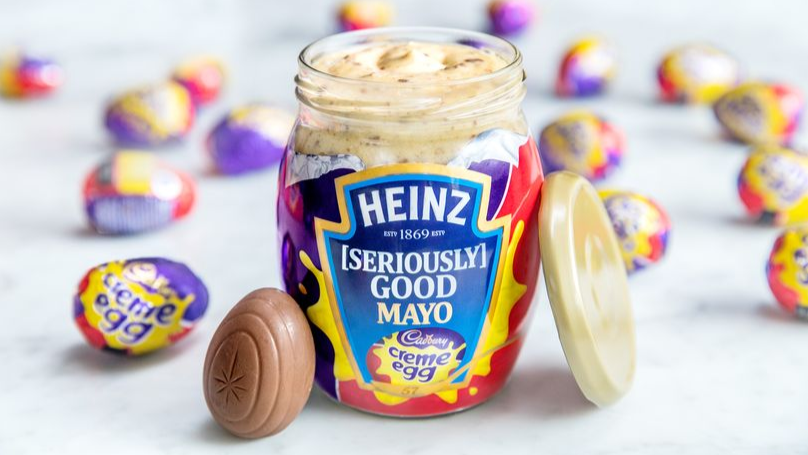 Why did anyone make this?

Fusion foods are a favourite of pretty much everyone in the world right now, but sometimes you really have to ask yourself whether these new foods/flavours that are coming out are even worth creating in the first place.

This is exactly how I feel about the fact that Heinz have apparently created Creme Egg flavoured mayonnaise – which I’m reliably informed isn’t a leftover April Fool’s joke from yesterday. It turns out that the weird concoction was an April Fool’s joke last year, but for some reason this year they decided to actually develop it and release it.

Apparently the ‘ rich and creamy Heinz mayonnaise is blended with the Cadbury Creme Egg goo and chunky milk chocolate pieces to create a unique mix that works beautifully on waffles or crumpets’.  Hmmmm, not sure if I believe that but I suppose I would be interested in trying it at least? 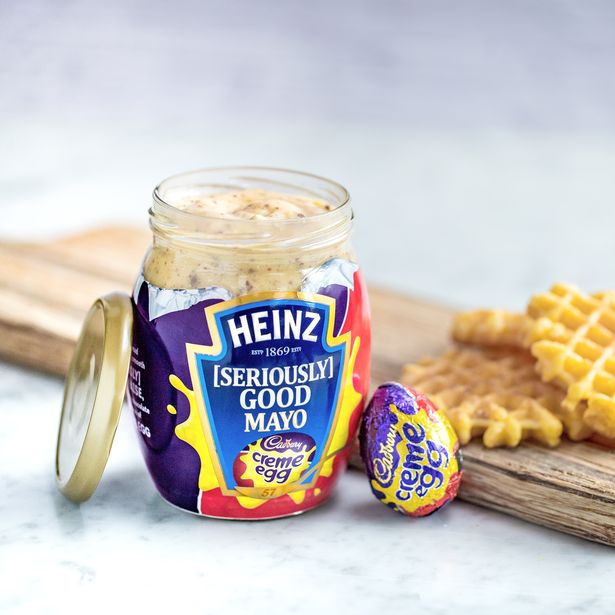 In Heinz’s 150th anniversary year, we want to take every opportunity to celebrate and Easter has always been one of our favourite times of the year.

So we set out to create the most Easter-y mayo we could. And who better to partner with than Cadbury Creme Egg – the kings and queens of Easter and another of the nation’s most loved brands!

We’re delighted to launch the world’s first-ever Creme Egg Mayo, just in time for Easter. And very happy to report that it’s absolutely DELICIOUS. A real taste adventure. The only question we’re asking ourselves is why we haven’t done it sooner?!

Well I suppose she sounds pretty excited about it at least, although I’m still kinda sceptical. They’re not even putting it on sale to begin with either and it’s only going to be available from April 11th – 13th at a free Heinz X Cadbury Creme Egg pop-up installation in London’s Truman Brewery too, which kinda makes me think the whole thing is just a big joke/hipster cry for attention. Might head down there to try some though because I’ve gotta admit, I’m intrigued – and this could be my only chance.

For more of the same, check out those white chocolate Creme Eggs from last year. Wish I had have nabbed me one of those.