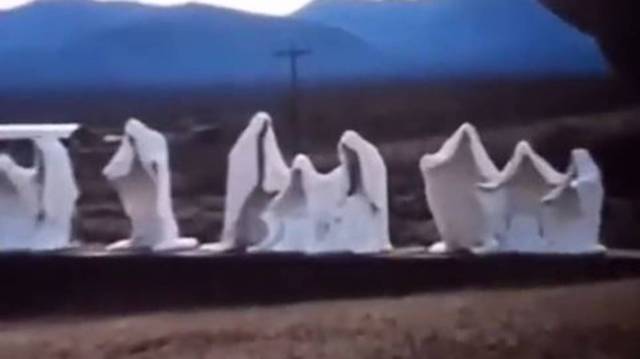 Always love it when somebody finds something weird and creepy on Google Earth and this TikTok by a guy named Jason Cline is no exception.

First a little bit of background on the situation – the spot that he’s going to zoom in on is an abandoned town called Rhyolite, roughly 120 miles from Las Vegas. The town developed in the 1900s after many developed and miners relocated there thanks to its proximity to the Bullfrog Mining District.

However, by 1908 investors in the Montgomery Shoshone Mine worried that it was overvalued and after an independent study was conducted the company’s stock value plummeted and the mine was closed in 1911. With the mine no longer in operation, there wasn’t really much point in anyone hanging around in Rhyolite and by 1920 its population was close to zero.

That’s why Rhyolite is effectively an abandoned ghost town on Google Earth, but what Cline found there was even spookier. Here’s what the guy had to say:

Ok, guys, I just found something incredibly weird on Google Earth and I want to know what you think.

He went on to tell people how to get to the area in question, saying: “Ok, you’re going to get on Google Earth here, you wanna go all the way over to Nevada. You’re going to go down to the desert, just like this, zoom in right here.

Once you get all the way down you’re going to find a circular object, kinda looks like a thumb print, but this is where it gets crazy.

You’re going to drop down to street view, click on the dot and zoom in. Now what you’re about to see, I cannot explain and I do not understand.

I’m like, literally, I don’t think I’m supposed to see this. You’re going to scroll over and see a man in all white on a bicycle looking really creepy.

But that’s not the scariest part, watch. When you flip around there’s a whole group of them in a circle doing some sort of weird ceremony or something. I don’t know you guys.

I don’t know either and it’s certainly very spooky with the way he’s made this TikTok. Fortunately though, there does seem to be an explanation: apparently a Belgian artist named Albert Szukalski decided to place a bench of statues there because art. Bit of a cop out I know, sorry. Would probably be a cool place to visit though hey? 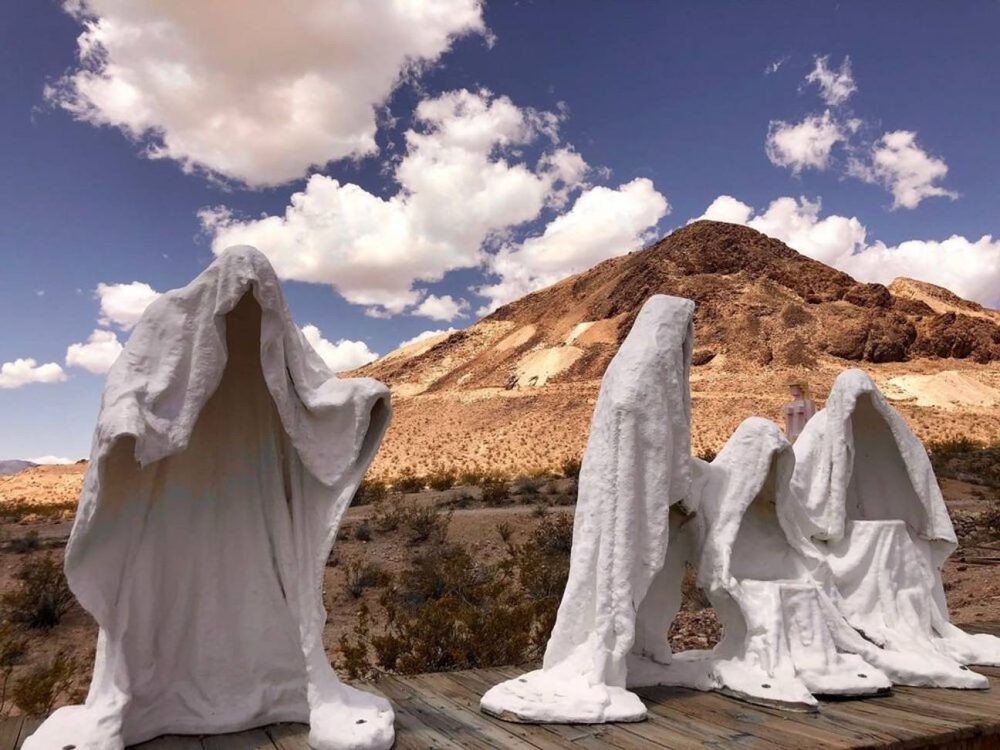 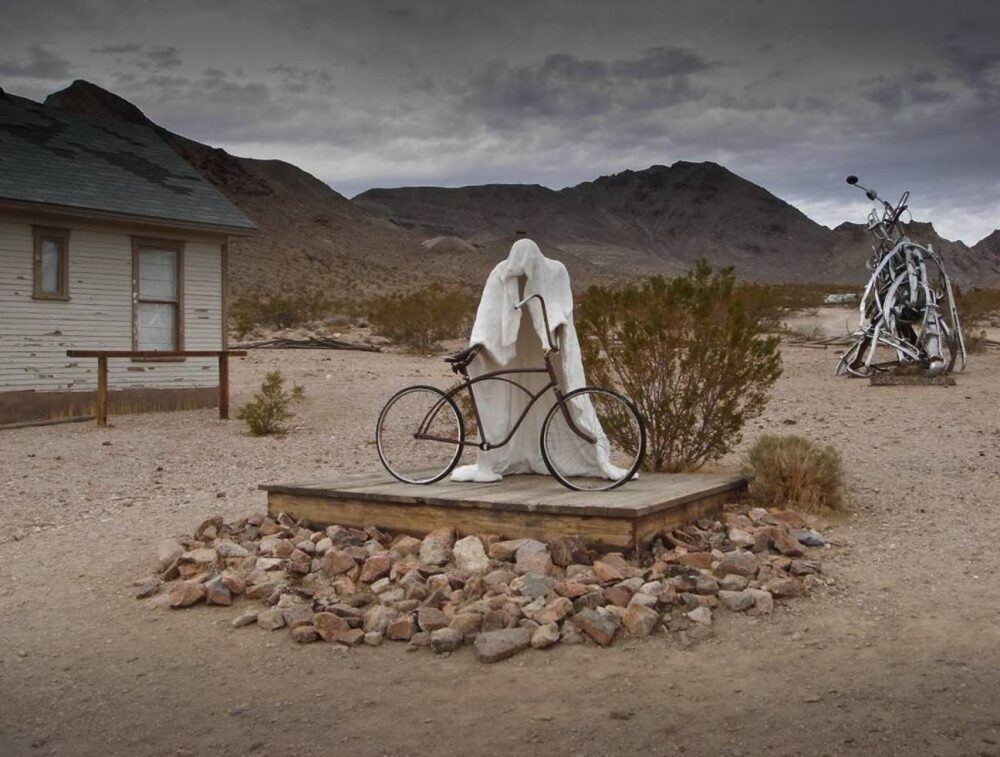 For more of the same, check out when this guy found a UFO at Area 51 using Google Earth. Completely dope.