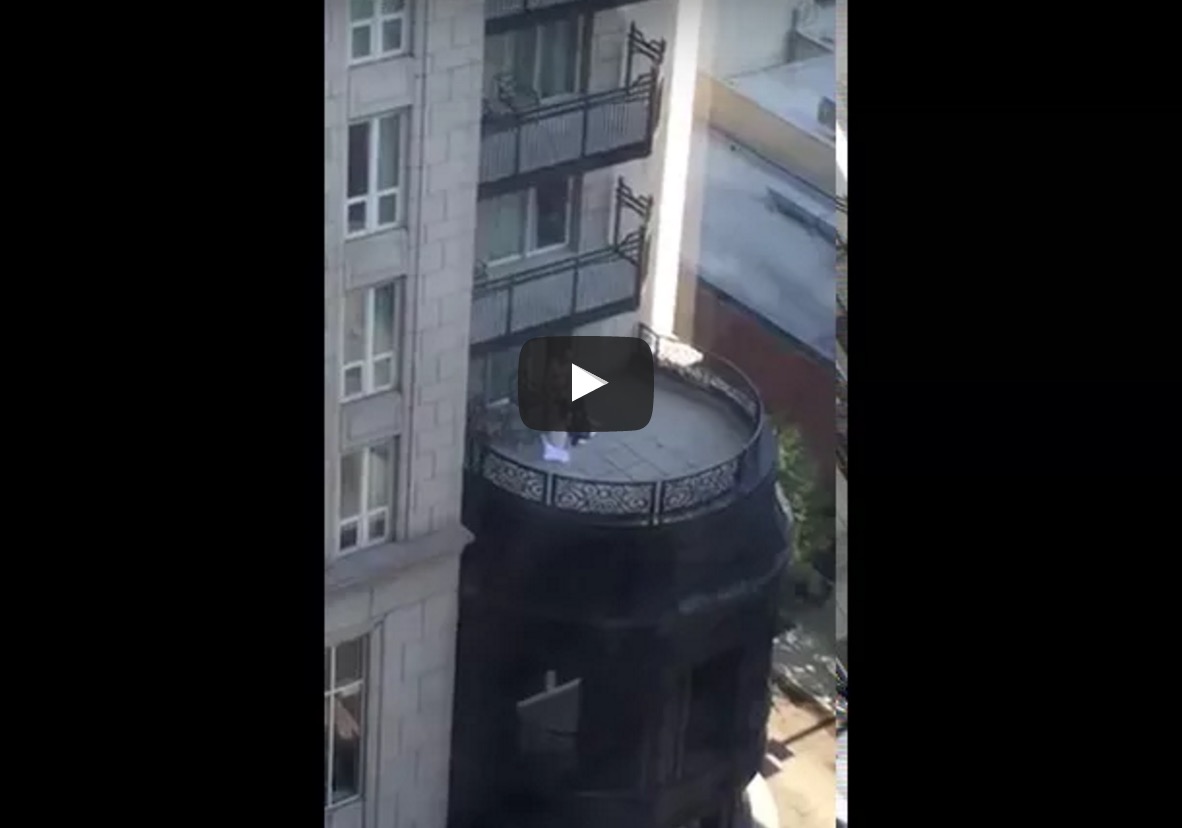 Over in Chicago, some guys having a party in their condo got way more than they bargained for when they looked across the way and saw an old man out on the balcony of the posh Waldorf hotel with not one but two women sucking him off in broad daylight.

Obviously that isn’t the kind of scene that you see every day of your life so these guys partying had no choice but to film it and you can see the results below. Don’t worry, it’s not really that graphic because it’s so far away and all you can see is the naked man standing there with two women down on their knees in front of him, but it’s pretty obvious what they’re doing in that situation isn’t it:

What an absolute baller. I mean you can assume that the women are probably prostitutes but nevertheless it’s still pretty big time to just go out on a balcony in the middle of the day when anyone can see you and just let that happen. Gotta hand it to the big guy.

For more blow jobs, check out this excruciating story about a mother catching her daughter giving one. Not a situation anyone ever wants to find themselves in.