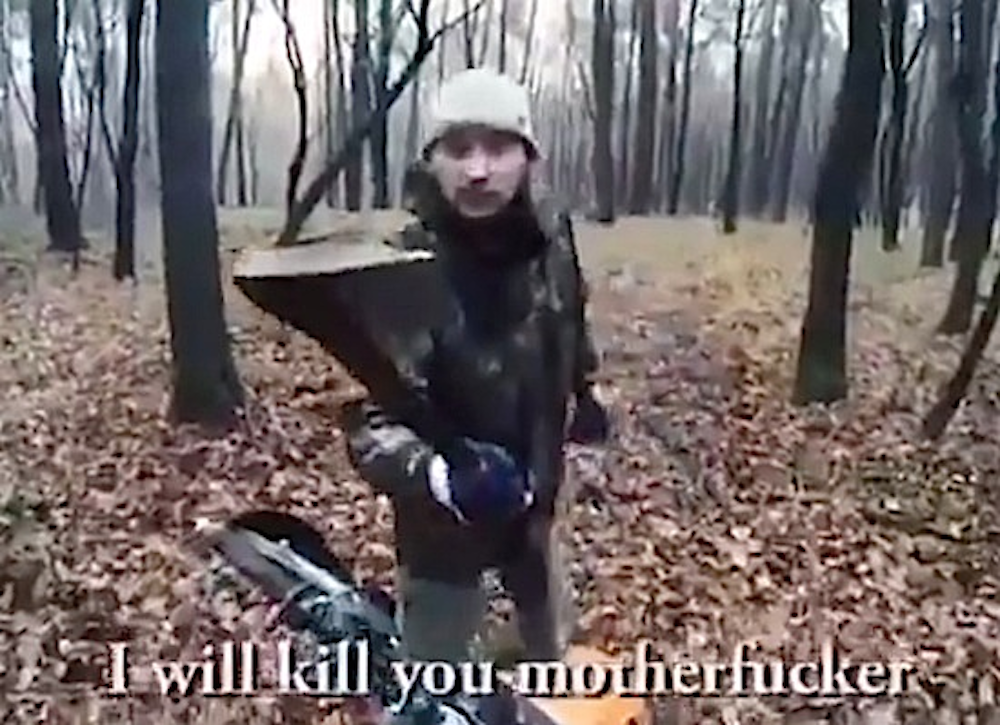 Messed up doesn’t even begin to cover this one.

Riding a dirt bike around a forest probably isn’t doing the forest itself much good, but if you’re riding one around a deserted forest in Poland somewhere you hardly expect anyone to care because it’s not like anyone is even using the forest for anything, right? Wrong.

It turns out that one crazy Polish guy is going around this forest – no idea where it is sorry – setting up wire traps in order to coat hanger dirt bikers who dare to ride through it because he’s mad about how they’re destroying the land. When one such biker caught him in the act, the mental old Polish dude goes absolutely mental at him, ranting and raving before threatening to kill him with an axe and then attacking him. When the biker overpowers him and lets him up, he goes at him again with a massive tree log, leaving the biker no option but to hightail it out of there.

This is truly disturbing stuff. It’s bad enough meeting some weirdo in the middle of the forest but when he attacks you with an axe and tries to kill you it really does become the stuff of nightmares. Watching the video it goes from comical to terrifying very, very quickly. It could quite easily have turned into one of these savage axe murder stories.