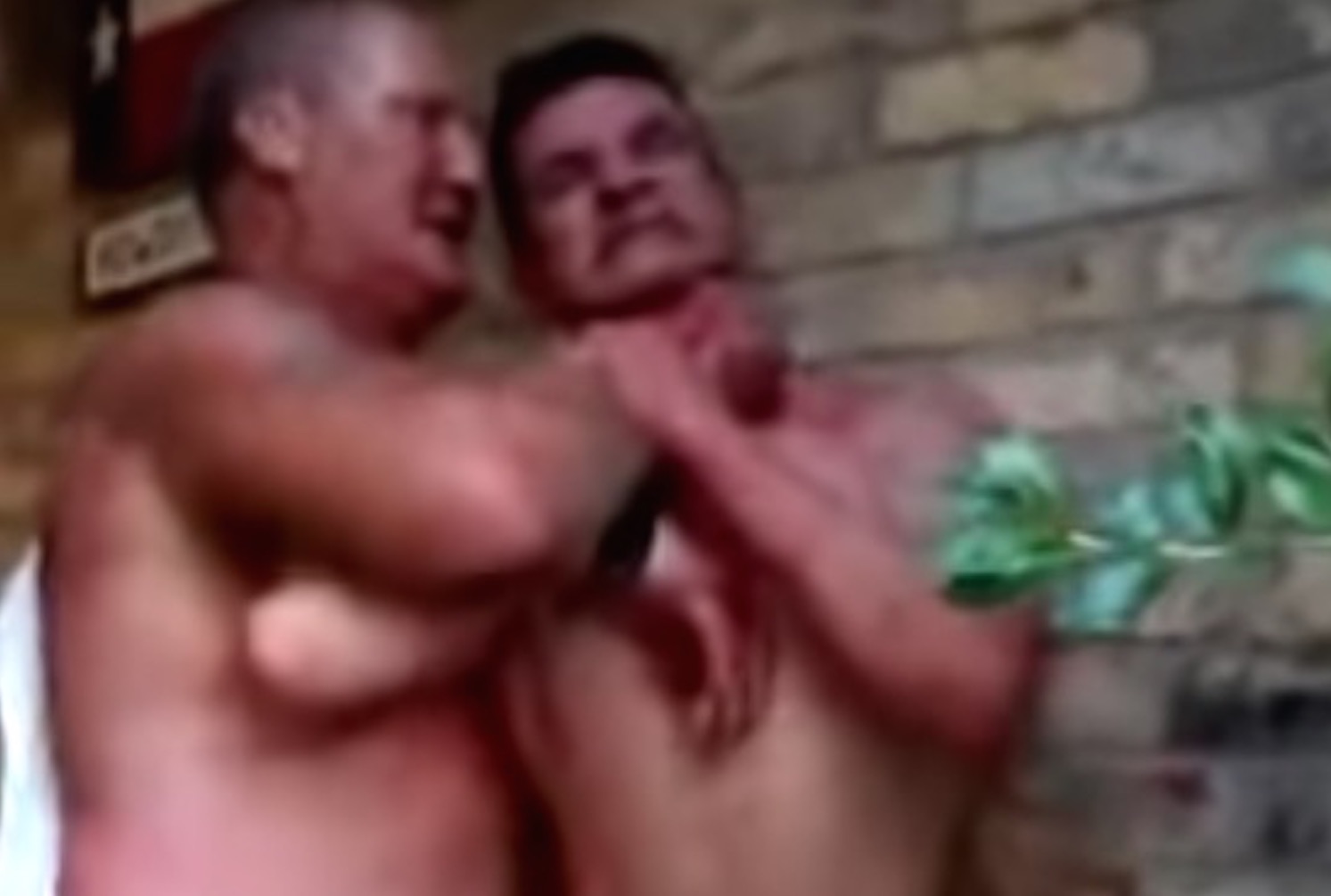 “I will kill you right now!”

There’s nothing worse than having a massive drinking session with your buddies, only to then run out of booze. No one likes to do the beer run. But I don’t think I would ever be able to go to the extremes that the two rednecks in this video end up going to.

The two of them are apparently completely hammered – and look it – after a massive session and there’s only one beer left. Instead of tossing a coin for it or deciding which one of them should have it like responsible adults, they instead decide to beat the absolute shit out of each other on their front porch for the honour. This is pretty brutal and both of them end up looking worse for wear so you’ve been warned:

Jesus, what a couple of animals right? Maybe they should both consider careers in MMA because they can both take a hell of a lot of punishment eh?

Not really sure why the woman filming it couldn’t have ran into the middle to try and stop them rather than just filming it and shouting, but so it goes.

For more rednecks fighting, check out this one caught on an iPhone in slow motion. Nicely done.