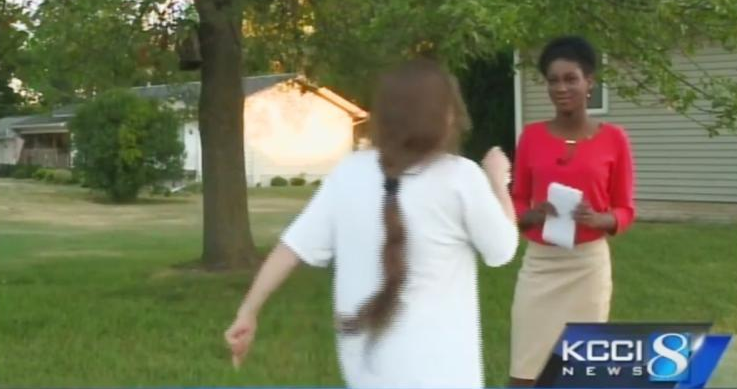 How did she not punch her out for this?

It must be bad enough for a news reporter to have to go report from a shit-hole location like this, without having some crazy old bat rock up and start dropping N-bombs all over the place.

Unfortunately that was the situation faced by reporter Emmy Victor over in Iowa in the States this week.

Amazingly, she managed to keep her cool.

I’m pretty sure that woman is what people in the States are referring to when they use the term “trailer park trash”. Although to be fair her son has just been shot and killed so you can excuse her for being a tad bit angry. Still, no need for the racial slurs is there?

For the time Conor McGregor cussed out a journalist who accused him of being racist, click HERE.