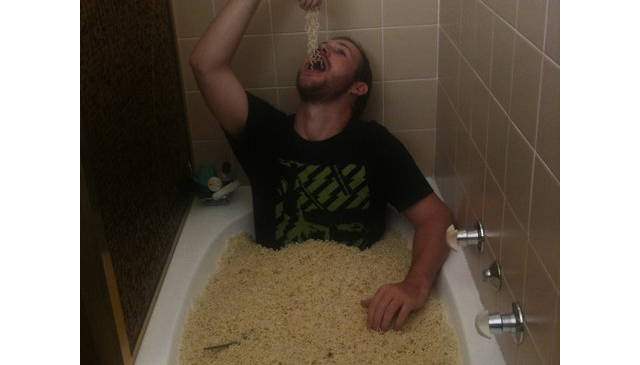 What are you waiting for ladies? This is the easiest $175 you will ever make.

What are you waiting for ladies? This is the easiest $175 you will ever make. There are women out there having sex with dudes for less than half that. There are women in McDonald’s car parks doing unspeakable things to men they would normally never give the time of day to for a third of that price. This guy is offering $175 just for you to sit in a bathtub full of ramen noodles wearing a bathing suit: 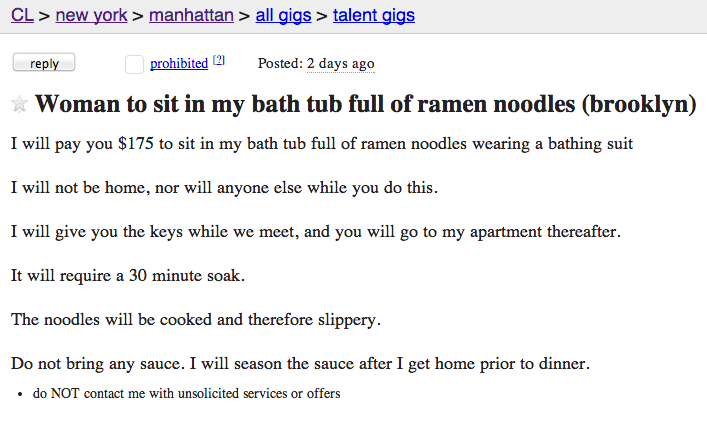 Granted, the ad itself is giving off some seriously weird, possibly dangerous vibes and sitting in a bathtub full of noodles actually sounds pretty slimy and gross but as the dude says, no one’s going to be watching (except for the hidden camera — welp) and you don’t even have to bring your own sauce!